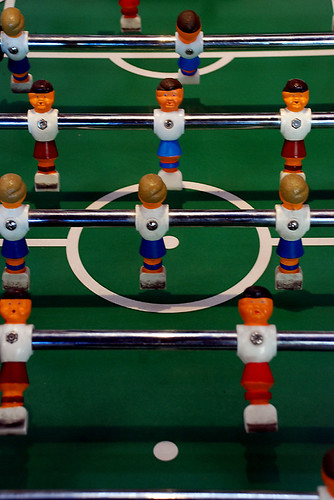 Operation Flight of the Concords

Ricki Herbert is the Bill Brasky of New Zealand soccer and the guy is not only the coach leading the team this upcoming final for the first time in 28 years, but Herbert also was considered the finest member of their 1982 squad and was one of the few players in the history of the All Whites to consistently perform in the EPL for the Wolverhampton Wanderers.  Herbert is one of the most successful Kiwis in the history of their rugby crazed nation.

Herbert goes with a bit of an unusual strategy for the World Cup with an offensive minded 4-3-3 formation.  The formation consists of four back line fullbacks, three midfielders, and three attacking forwards (two are wingers).  The Kiwis are one of the few to go with such an interesting tactical style.

Center fullback Ryan Nelson is the only top level player on the team and the Blackburn Rovers regular is the only player on the team to ever have a starting stint in the EPL.  The second best player is Shane Smeltz who was named Oceania Player of the Year and was also Australian A-League top-scorer this most recent season. Chris Killen should play up top alongside Smeltz and he is one of the few top level players as a member of Celtic. Rory Fallon will likely be the third member of attack and Chris Wood is a critical player off of the bench for the Kiwis as well.

It will be a tough road ahead for the Kiwis who some sports lines have as 2,000 to 1 odds of winning the Cup.  Nelson does give some hope on the back line and they do have a bunch of underrated goal scorers including Smeltz and Fallon, but if New Zealand is able to advance past the first round then I will truly be stunned.  So I guess the mission is a second round victory.  Good luck.

Other then North Korea, the Kiwis are the most likely to earn zero points this summer and they don’t play in a death group.  Perhaps their group is their only hope, but I think Italy, Paraguay, and Slovenia are way better then New Zealand overall.  If New Zealand scores a goal then that will be seen as a success to one Yank, but the Kiwis will likely be reminded of their poor form verses Spain in the Confederations Cup.

New Zealand’s chances of winning the World Cup are about as good as one Yanks chances of dating Megan Fox (if only she would remove that silly restraining order), but you never do know.  Maybe the All Whites will emulate the All Blacks success in the game of rugby.  If they win then it will certainly be an Apocalypse Now.  But more than likely fans of the beautiful game know that the Kiwis are on the Deathwatch.