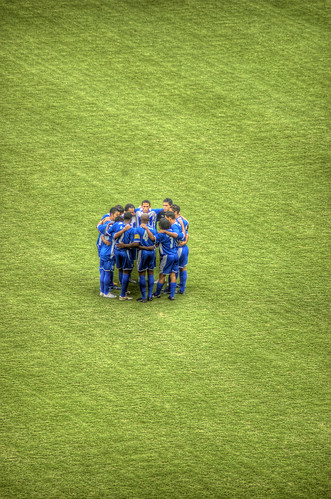 Columbian born Rueda is one of the many imports that will be seen coaching for a nation that he didn’t grow up in this summer.  And the forty two year old has been the Honduras national team coach since 2007 making him one of the youngest coaches appointed manager in this summer’s competition.  Just a side note here his assistant coach looks just like a Latin born John C. Reilly.  Just something to look for this summer while you’re watching Honduras.

Honduras is a fan of the 4-1-2-1-2 or as I like to call it the “Diamond Formation”.  Four back line defenders, one defensive midfielder (Palacios), two midfield wingers, an attacking midfielder (de Leon), and two forwards up top.  I think this formation suits the side very well and they have enjoyed a moderate amount of success using it.

David Suazo is the squad’s key offensive man and Julio Cesar de Leon is the man that needs to get Suazo the ball from the middle of the pitch.  Tottenham’s Wison Palacios is one of the better defensive midfielders in the tournament and Amado Guevara is the side’s best midfield winger.  Maynor Figueroa is the key man on the back line for the CONCACAF squad as well.

Honduras is the weakest team in their group and they are playing against the Cup favorites and also one of the most underrated teams in the tournament in Chile.  Not to mention that Switzerland also made the second round of the Cup last time around in 2006.  Honduras has current odds of winning around 1,000 to 1 or 2,000 to 1 so if you really think they have a chance then perhaps you should put some money down on it.  They will be lucky to earn more than two points and advancing to the second round is the ultimate goal.

They do have some excellent top tier talent, but they lack any real depth and were lucky to even make it to the Cup narrowly beating out Costa Rica for the spot thanks to us Yanks.  Barely making the CONCACAF division should only assure an early exit for the fairly unknown squad.  Their defense has improved, but is still not a World Cup champion caliber unit either.

With one of the worst betting lines for the World Cup, this summer likely means that Honduras will be completely embarrassed.  So when it comes to war movie titles the most deserving for such an underdog team is probably the comedy In the Army Now starring Paulie Shore and Andy Dick.  Now I know that is the ultimate slap in the face, but this summer will likely be The Last of the Hondurans at the World Cup or in some cases they are referred to as the Last of the Mohicans.  Either way it will end sadly for the squad.