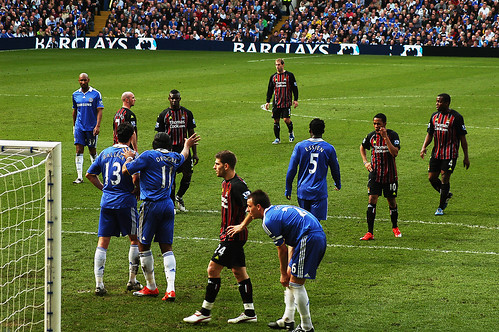 And Frenchman Patrick Vieira has been one of the best defensive midfielders in the last ten years to play in Serie A or in international tournaments like the World Cup.  And creeping up there in the years this upcoming Cup may be his last chance to play in an event as big as the World Cup and Vieira wants to make sure he is a part of the French squad.  Here is what the Frenchman had to say regarding his potential move to the Premier League and Manchester City:

I wanted to go to the World Cup and I need playing time.  It’s over, after a year in Turin and three and a half years in Milan.  I have objectives and I can’t achieve them by staying at Inter where I am not part of the coach’s choice.  What’s important for me is to go to Manchester City, to show the coach that I am the same as I was during the period when he was at Inter. All this will help me get into the France team.

Vieira was a critical part of Inter’s championship string they have put together over the last few years, but the aging defensive midfielder had only played in twelve matches this season.  At Manchester City, Vieira will likely play even more minutes then he was currently.