US Soccer Monthly Musings: May Edition 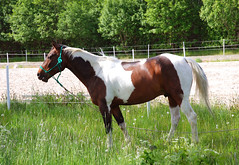 Month: May means different things to different people. Scholars say the month of May is named after a Greek fertility goddess named Maia. Ovid said it was meant to honor the elderly. I’ll go with the scholars because Ovid is completely obtuse due to his age. The man is stark raving mad. He is not decadent or depraved though like my favorite May event, the Kentucky Derby. My favorite June event is the World Cup. I think they’re the same event.

Think about it. The World Cup is basically a horse race between world soccer superpowers. Everyone wants to start “fast out of the gate” but they also want their team not to “fade down the stretch.” Most games really do come down to a “photo finish” of some sorts (unless someone hands Henry the camera). So, what has the US MNT been doing to get ready to race the other 31 fastest thoroughbreds on the entire planet? They have been doing much. Much, indeed.

The Men: We had an eight day training session this month. We played two high-profile friendlies against good competition too. Now, we only have one more tune-up against the Aussies on June 5th before the Cup begins. So, how did I feel about our May? I am ambivalent, to tell you the truth (and why would I lie). I like that the team seems to be bonding and coming together, but I also fear that we may lack the experience to win it all in South Africa this summer.

Exhibit A: On May 25, we faced the Czechs in Connecticut (sounds like a punk band’s name). We played all of our “bubble boys” and Goodson and Gomez impressed while Pearce and (apparently) Ching digressed. We played pretty well without our core starters, yet the backups eventually blew it and the Czechs secured a win by a wide margin. Guzan looked gullible, and I think he had more goals allowed than saves. Afterwards, Bob named his roster.

Now, I am disappointed Ching was left off because I feel like we should have taken one traditional holding striker. Now, we have a bunch of speed guys who, if hot, can be mercurial, but, if cold, will ensure we exit the tournament in the first round. Due to our dearth of experience at FW, the onus will be on Donovan and Dempsey to provide the offensive spark. Hopefully, Jozy will be jovial and notch many goals too (but if he takes off his jersey my head will explode).

You see, the US can’t afford to pick up yellows to celebrate a goal (just do the stanky leg, k guys?).

We need to be perfect to beat the world’s best. Heck, whoever wins the tournament will have to be perfect. I think we can do it, but I also know I am in the minority. Anyways, let me get back to recent rather than future events, by which I mean what has happened in the month of May. Well, four days after the Czech fiasco (and three days after Bob named his squad), we made a reservation with some delicious Turkey in Philly (no cheesesteak though). The results?

We looked pretty good. Sure, the defense looked deplorable at times (especially Bornstein), but the three most important offensive players (Donovan, Dempsey & Altidore) showed good chemistry and Findley showed some great flashes of talent. I think we need to build on this performance against Australia on June 5th, but overall I was very happy with our performance. In fact, I was happy with our month in general. Though, many people aren’t happy.

In fact, many media members, US fans and international observers think we’ll fail.

They expect us to lose.

In fact, almost all of the “experts” are not giving the Yanks any chance of winning it all.

The Musings: I believe we can win it though. I believe the guys who Bradley has called up can play with the necessary cohesion to beat the best team’s in the world. I have seen them do it before, and there is no reason they won’t be able to do it now that they have had even more time to coalesce with one another. I am a supporter of the squad, obviously, but I believe that even if I could remove that bias I would still think of us as a darkhorse to watch.

I think we will surprise the so-called soccer “powers” at the World Cup.

Will I be right?

Only time will tell.

And we don’t have to wait much longer.