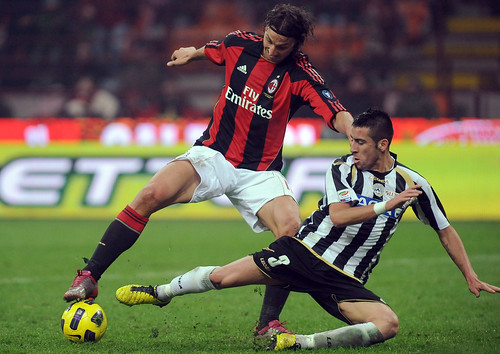 Having been tracked by several major clubs in the past couple seasons, Udinese’s star, Mauricio Isla, opened the door for his suitors to purchase him next summer as the Chilean believe that it would be the best time for him to join a bigger team.

Isla felt that after five years playing with the Bianconeri, the time has arrive for him to try and search for bigger challenge, which is joining a team that can help him challenge and eventually winning titles consistently.

Despite revealing his ambition in leaving Udinese next summer, Isla stated that for the time being, he doesn’t want to interrupt his focus in giving everything for the Friulani, who have been treating him very well in the past few seasons. The Chilean obviously want to give the best parting gift should he eventually leave the club next season, and so far, the defender/midfielder has been doing a fine job as Udinese still leading the Serie A table along with Juventus.

I would like to join a big club. After five seasons at Udinese, I think that the moment to leave this club has arrived . I have to continue working hard every day. I’ve been treated well at Udinese so, at this moment, I’m concentrating on them and nothing else.”

Still only 23, Isla possessed an excellent talent in playing in the right side of the pitch, either as a right back or right sided midfielder, which the latter being his mainly played position both with Udinese or Chile national team. The player is being rated highly by many clubs especially Serie A teams as the likes of Inter Milan, Ac Milan and As Roma are reportedly very interested in acquiring the player’s signature.

However, should Isla does considering in leaving for a big team, there will definitely some long negotiation set to happen as Udinese are a team that usually doesn’t sell their important players on the cheap. Alexis Sanchez’ departure to Barcelona which happened after such a long and tiring negotiation is just one of the example that many teams have to endure if they are seriously interested in securing Isla’s signature.

Chiellini Insists Italy’s Defeat by Spain Will Help Them ‘Grow’