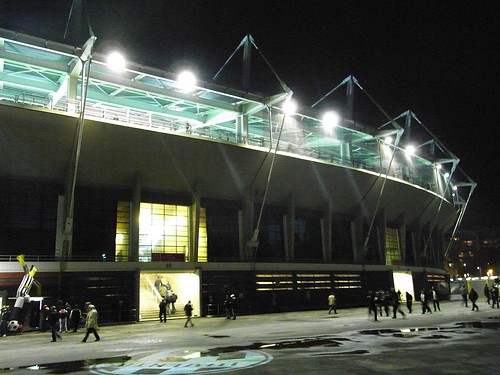 Udinese and Lazio lift themselves as joint first in the league after Juventus had his game with Napoli called off due to the flood problems in Naples which also postponed Inter’s scheduled away match against Genoa.

Ac Milan also keeps their pace with the current leaders as the Italian champion won their fifth Serie A games in a row this weekend after comfortably beating Catania at San Siro, placing them in third place for the moment with only a point behind the current joint leaders.

In Friuli, Udinese continue their perfect home record with another victory, this time Siena became the victim as Basta and also Antonio Di Natale only got one reply from Bolzoni, allowing the “Little Zebra” grabbing the top spot once again. Similar result also earned by Lazio in Rome as Giuseppe Sculli was the home team’s hero this time when his late goal gave an important three points which preserved their challenge with Udinese topping the Serie A table at least until the international break is over.

In San Siro, Milan grabbed another important victory which at the very least kept their pace along with the teams above them and considering the injury problems, tight and difficult early schedules, the Rossoneri’s effort is definitely a positive move in their attempt to defend the Scudetto. Goals from Ibrahimovic, Robinho, Zambrotta and also Francesco Lodi’s own goal could very well be considered good enough to make Antonio Cassano feeling much better at home.

With two games being postponed, the matches in Serie A obviously wasn’t merrier that it should have been especially the fact that a potential Scudetto battle between Napoli against Juventus also got called off. Along with Genoa-Inter’s game, flood in some parts of Italy, simply forced those four teams to agree on a decision which much more appropriate for everyone’s sake as there’s always things much more important than football.

Complete Results of Serie A this weekend: