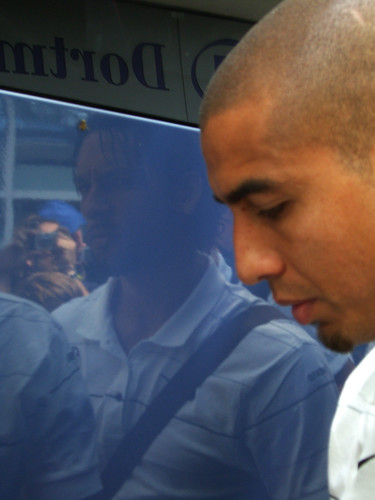 David Trezeguet’s strong wish in returning to Serie A and join Napoli looks to be evaporating as his agent, Antonio Caliendo, looked a bit pessimistic about the possibility as no big improvement regarding the negotiation happening at the moment.

Caliendo, who confirmed that Trezegues is very keen on playing for the Partenopei seems to questioned Aurelio De Laurentis’ side seriousness in negotiating with the ex-French international striker, as if both parties can’t agree on anything, nothing will happen.

Having already leave his previous club, Hercules, on a free transfer, Trezegues effectively becomes a free agent for this summer, meaning that should Napoli are really interested on the player there will be no transfer fee issue that could block the agreement. Caliendo even claimed that his client has already rejected valid offers from two Brazilian clubs simply because the player believes that playing with the Partenopei is an objectives worthy to keep the ex-Juventus player playing in the top level.

There is nothing new to report at the moment with regard to the negotiations and that doesn’t leave me very optimistic. Both parties have to want a marriage,” Caliendo said. Napoli would certainly be Trezeguet’s preferred choice because they have the environment which would allow the player to test himself at the top level. Two Brazilian clubs have made valid offers for him, but we didn’t consider them as we had other objectives.”

At the moment, it seems that Napoli are still busy concluding other deals and simply doesn’t have any serious time to consider Trezeguet, despite the player’s experience would really give a big hand for the Partenopei next season especially in dealing with the pressure of Champions League football. Although, the former Monaco man has already reached the age of 33, he can still provide several good performances every now and than, considering he will mostly be used as Edinson Cavani’s back up, the Naples based team couldn’t have a better also cheaper target.

However, the market is still at early stage, there’s surely still plenty of time for Napoli to really consider grabbing a quality experience player such as Trezeguet for the upcoming season. The player’s experience of playing at top level for years is an extra addition for the Partenopei, as not only it can do them a favor on the pitch but also off the pitch.