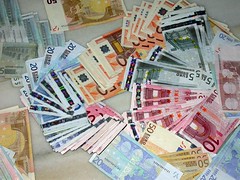 All deals that will eventually be confirmed will have been completed by now but that doesn’t mean that they will have been announced as of yet. Clubs are often waiting to receive confirmation of funds or for the relevant associations to ratify that the relevant paperwork has been sent and all the right papers have been signed. As of the moment, there are a few more deals to announce separate from the ones mentioned in the previous update.

Aleksander Hleb has left Barcelona on a season long loan. He was originally expected to sign for Liverpool or Aston Villa but ended up at Birmingham instead. Alex McCleish, the Birmingham City manager, will be happy to have signed the Belarus international who is capable of playing on either flank, offering trickery and creativity. Birmingham City seemingly have a deal in place that allows them to change the loan transfer into a permanent signing at the end of the season. Birmingham City have also signed Jean Beausejour from Club America of Mexico. The Chilean international who had a good individual performance at the World Cup was signed for close to £4 million. He also is a winger.

Marco Borriello has signed for Roma. The ex AC Milan striker, most renowned for his spell at Genoa, was expected to move to Juventus for a fee of £12 million but he has ended up choosing to go to Roma instead. Claudio Ranieri, the Roma manager, will be happy to have signed the player as the current attacking players Francesco Totti and Mirko Vucinic are out of form and the other alternative Adriano is injured. Borriello has signed for the club from the capital on a one year loan deal which cost the giallorossi around £2 million but Roma have the right to pay another £10 million at the seasons end if they wish to make the deal permanent.

Joseph Yobo of Everton, once linked with Chelsea in a multi million pound transfer, has left Everton on a season long loan deal to Turkey. The Nigerian defender has signed for Fenerbahce on a temporary basis but the Turkish club have the ability to make the deal permanent at the end of the Turkish season for a fee close to £5 million. Everton are still left with a capable defensive line, boasting the likes of Phil Jagielka, Johnny Heitinga and Sylvain Distin.

Asamoah Gyan has left Rennes for Sunderland for total transfer fee of £14 million with attachments included that might potentially see the deal break the previous Sunderland transfer record. The previous Sunderland transfer record was for Darren Bent. The Ghanian international who had a splendid World Cup has previously played for Udinese in Serie A. In the 2010 World Cup Asamoah Gyan missed a penalty for Ghana in the last moments of extra time of the World Cup quarter final. He will be replacing Kenwyn Jones who recently joined Stoke City.