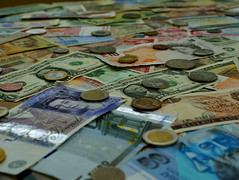 So today is the summer transfer deadline day in Europe, with all transfer paperwork required to be submitted by 18:00 GMT. Transfer ratification might not happen for several hours afterwards so we don’t know all confirmed moves as of yet. However these particular moves have been confirmed so far

Klass Jan Huntelaar has joined Schalke from AC Milan for €13 million. The Dutch international striker has not had the best of times at AC Milan, as was the case previously in Real Madrid too, but now he has a chance to rejuvenate his career with Schalke in the German Bundesliga. He will play alongside Raul in attack, formerly a colleague at Real Madrid.

AC Milan have used that same €13 million plus another €2 to sign Robinho from Manchester City. The Brazilian attacker has been unsettled at Manchester City for over a year, signing last season for Santos on loan. The player previously had developed a bad reputation at Real Madrid and this has stuck with him ever since. His talent is not particularly deniable but his effort and commitment certainly is. As it stands €15 million for a player of Robinho’s talent appears a gamble but one definitely worth taking and one which AC Milan should be applauded for. The Milanese club will now boast an attacking quartet of Zlatan Ibrahimovic, Alexandre Pato, Robinho and Ronaldinho.

Wigan have signed Franco Di Santo from Chelsea on a 3 year deal. The transfer fee is unknown but it is expected to be minimal. The tall Argentinian striker arrived at Chelsea with a good reputation and a promising future but after a poor start and then a disappointing loan spell at Blackburn to follow, where he developed the nickname Franco Disappointing, this move to Wigan is seen as an opportunity to salvage a career in England.

Juventus have signed Armand Traore from Arsenal. The young left back is currently the third choice at Arsenal, being Gael Clichy and Kieran Gibbs, so the move is seen as an opportunity for him to establish himself at a prominent club. The move is initially a loan deal for a single season but the expectation is that Juventus will complete the signing with a permanent transfer next summer if the player proves himself.

Paul Konchesky has joined Liverpool for a fee rumoured to be €5 million. The left back, previously of Fulham is well regarded by the Liverpool manager Roy Hodgson, who was previously his boss at Fulham. The left back is capable of scoring wonderful goals and has a reputation as hard working and consistent, something Liverpool definitely need on the left side of defence. Emilio Insua, another left back on the Liverpool books, has signed for Galatasary on a season long loan. The young Argentinian left back almost signed for Fiorentina a couple of months earlier but will now join the giant Turkish club for a year.