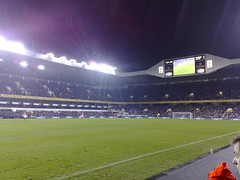 Hugh Robertson MP, the sports minister, has stated that he wants the Olympic Stadium, built at taxpayers expense, to be used by a club that can guarantee its upkeep and legacy. Hugh Robertson MP has said the British government does not want to see a stadium that is allowed to decay into ruin through non-use. Simply put, the member of parliament is saying he wants a big sporting club with guaranteed following to use the stadium. It will still come as a surprise to some British taxpayers that the government is to allow the stadium to be used by a football club anyhow. When the Olympic 2012 bid was created the then government promised the stadium would be used primarily for athletic purposes after the 2012 Olympics had closed. It now appears almost certain that the Olympic stadium will end up being used by either West Ham or Tottenham, London football clubs.