Toronto FC Is Closer Than We Think 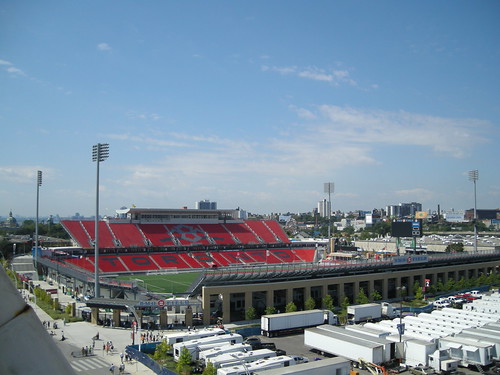 Toronto’s coach Preki has said that his team still has a long way to go.  I don’t buy it for one second.  And I hope that this is psychological gamesmanship on his part to motivate his team.  After their win over the Philadelphia Union he said:

“I thought that they did a very solid job.  I think we fell asleep on the goal, but it’s not just because of the back line. All over the field, we were soft on the goal, they passed around us very easily and we were just watching and Jordan Harvey made a good run behind us and caught us by surprise; that should have never happened.”

“I said the other day: It feels almost like a preseason for us because we finally have 20 guys who we are training regularly with.  It’s going to take some time. We’re far away from where I want us to be. We’re very far away.”

Now, I’ll agree that the season is young and that you can’t judge much by playing only a couple matches, but this team is close.

They were battling for a playoff spot last year and they have begun this season well.  There’s no reason to think they will do anything but succeed.  It’s a tough and long road–but I think they can manage it.

If Preki is serious then he needs to relax.  If he’s playing with his players’ minds in the media–then he’s a genius!