Tips To Winning the WC:#2 Say No to the Foreign-Born Coach 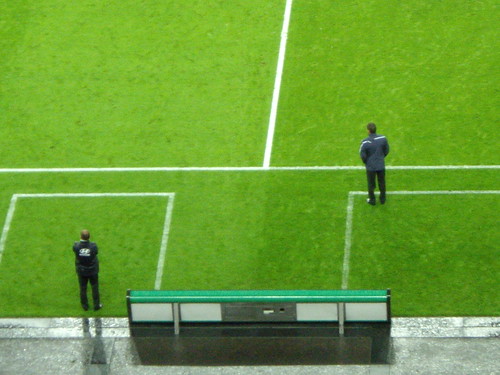 Did you know that there has never been a foreign-born coach that has ever hoisted the World Cup?  In fact only three have ever made it to the final match and only seven have made it to the semi-final match.  But zero has ever won the event and if you are a Three Lions fan then this news should be a bit troubling.

Out of all the projected favorites in the tournament this summer, England’s Fabio Capello (of Italian descent) is the only one that was not born in the country he is coaching.  Spain, Brazil, Germany, Holland, Italy, Portugal, and Argentina all have coaches that are native to the country they are coaching.  And the domestic coaches are slightly more popular then imports heading into this Cup, but not by much.  Out of the 32 coaches in the World Cup, 12 are foreign-born.  Along with England, the Ivory Coast and Chile are probably the two most promising teams that have a foreign born coach at the helm heading into the Cup.

And the overall statistics for the foreign born coach isn’t exactly overwhelming either.  The overall record of the imported coach is 76-110-46 heading into this Cup and when the foreigner faced off against a native coach, the native one has a .573 winning percentage.  And in the bigger stages of the competition against the native coach (in other words the second round and on), the foreign-born coach has a decent record of 13-17, but once again zero title victories.

Of course this study can be considered a bit inaccurate considering many lowly soccer nations are more likely to select a foreign-born coach to bolster the team’s World Cup resume; whereas a strong soccer country like Brazil, Italy, or Argentina would usually select a former player or well respected manager from their own soccer, rich homeland.

But any way you break it down when it comes to hiring the foreign-born coach, history is strongly opposed to the choice and your country’s chances of winning the event.