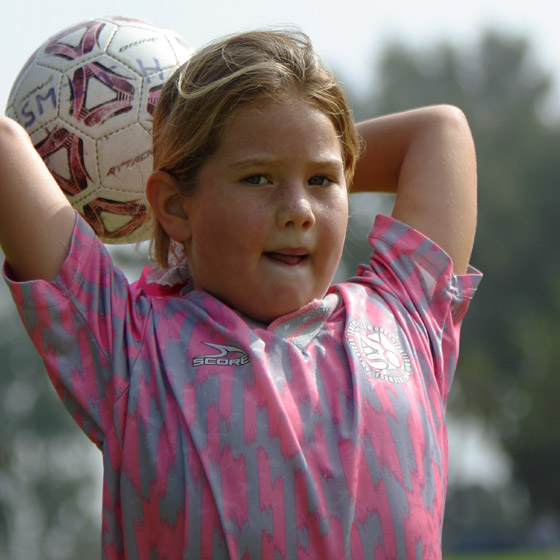 The throw-in, which is described by the 15th Law of Soccer, is a strange aspect of the game. Everyone always says you can’t use your hands in soccer, yet when it comes to throw-ins, you must use your hands and you cannot use your feet. Throw-ins are also one of the rare moments in soccer when no one can score a goal. A throw-in into the net may be impressive, but it’s useless.

Yet, throw-ins can be exciting, and not just in soccer. Think about rugby, which features great collisions on throw-ins. Think of basketball, which features buzzer beaters assisted by long throw-ins, such as Grant Hill’s to Christian Laettner in the Final Four of days of yore. Throw-ins in soccer are also exciting, featuring deep tosses and elaborate schemes.

Speaking of an elaborate schemes, how about another Pop Quiz Question. Which of the following must a player do when taking a throw-in?

A. Face the field of play;

B. Hold the ball with both hands;

C. Throw the ball from behind and over his head; or

It’s (D), of course. If you didn’t know that, maybe it is time for you to “throw in” the towel. Sorry about that bad spot of punny humor. Before I hit the hay, I’ll just “throw in” one more thought. A player can make a throw-in so long as a part of each of his feet are behind or on the touchline.  I never got this aspect of the rule. It basically says part of both feet can be on the field when the throw is taken, which is not how I understood the rule. But, what do I know? Seriously.