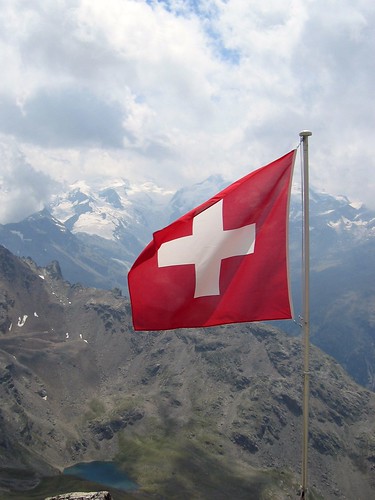 Switzerland was one of the solid teams early on in the history of the World Cup when the tournament had less teams involved from fewer parts of the world.  Switzerland advanced to the quarterfinals three out of five of the original tournaments.  But the club then went through a forty year drought of football only advancing to the FIFA World Cup finals twice over the stretch and never making it out of the first round.  Since 1994 though Switzerland has advanced to three out of five World Cups and made it past the first round twice.  This is a feat that the nation still has yet to surpass in their Euro Championship history.

Alexander Frei is still the main man and the nation’s leading scorer in their history will be joined by a squad of no-namers on the global level including the other half of the striking pair Blaise N’Kufo.  The two men combined for 10 goals this WCQ and are a critical part of the nation’s success this Cup.  Diego Benaglio of Wolfsburg is a reliable keeper in the net and Djourou and Senderos make up a decent back line.  The squad advanced to the World Cup after a slow start in their group.  They beat out Greece for the top spot though and rightfully earned their WCQ berth.

Switzerland’s line for the World Cup this summer is among the worst in the tournament and on most sites they are considered the 24th or 25th most likely squad to win.  Most casinos have them at 150 to 1 to win the event; whereas many have them at 200 to 1 odds.  Their lack of success in the Euro Championship leads me to believe that they will lucky to advance out of the first round of the event.  Spain obviously is worthy of a spot and I like Chile’s odds of advancing better then Switzerland. The squad has advanced past the first round in their last two chances, but they haven’t made the final eight spots in well over 40 years.