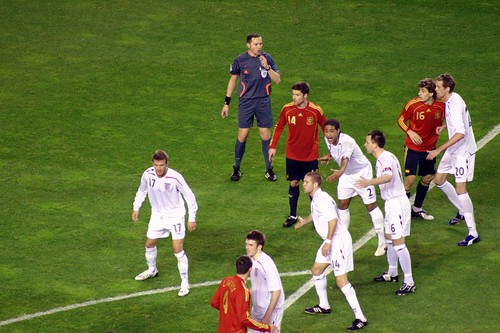 Heading into their final match, several critics of the most beautiful game had these two sides advancing to the next round.  But if Switzerland is able to defeat Honduras today then Spain must win and if they win fairly easy then Chile’s chances of advancing will come into question.  The first place South American team desperately needs a draw considering that they only have a two goal advantage over the Swiss.  In other words if the Swiss were to win by a goal and Chile was to lose by two then Chile would miss out on the knockout stages.

It is easily one of the most competitive groups heading into the final match because there are so many different alternatives to what can happen.  Chile has looked strong so far, but will likely have a defensive breakdown at some point.  The team has yet to give up a goal in the tournament, but considering they have only played a lackluster offense in Switzerland (with a man down as well) and an injury-depleted Honduras squad, I think it is safe to say that they haven’t been tested yet against the likes of a Spain.

But the side did achieve 30 qualifying points for the first time since the WCQ system was set in place and the squad does possess one of the most potent offensive attacks in the tournament.  Still the match-up of Spain is one that the South American squad is likely dreading.  Villa looked very sharp last match and Torres and Fabregas are only getting healthier and are more likely to be seeing more and more minutes soon.  Still if you are a fan of Chile then you have to be pleased with the position your side is currently in needing just a draw to win the group.

The bad news is that either way these two out of three teams advance in Group H (in other words first or second seed), they will be matched up against Brazil and Portugal next round.  So a draw for Chile or a huge win for Spain might end up making all the difference this summer because nobody wants to face Brazil in the second round.