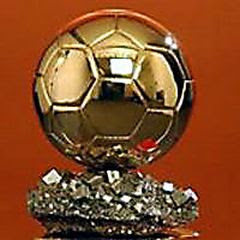 Spain dominated the recent Ballon d’Or list of nominees with seven footballers hailing from the World Cup winning nation. Germany had five players announced for the high honor as well and Inter Milan dominated the league nominees with the highest of any club team being four players nominated.

England’s Three Lions national team fans can wince at the fact that zero Englishmen were named as considerations for the award that will be presented in Zurich on January 10th and that includes Wayne Rooney who at one time had scored more goals then any other footballer in the world last March. France and Italy also lacked a footballer from being mentioned on the short list as well although both nations did have a league coach honored for their managerial role last season.

In the past the Ballon d’Or award was officially known as the FIFA Player of the Year Award, but this season will be it’s first under it’s joint new name between FIFA and the French Football magazine. And the big news coming out of the Tuesday short list is that there were an astonishing number of La Liga connections made to the award not involving the seven players listed from the World Cup winning team.

Diego Forlan of Atletico Madrid and Uruguay was listed along withboth former winners and La Liga superstars Cristiano Ronaldo and Lionel Messi were also on the list. Dani Alves of Barcelona and Brazil was mentioned as well and former Los Blanco Wesley Sneijder is among the favorites as well as his Inter teammate and former Barcelona star Samuel Eto’o.

As for the coaches listed for the honor, four were connected to the World Cup: Vicente del Bosque of Spain, Bert Van Marwijk of the Netherlands, Oscar Tabarez of Uruguay, and Joachim Loew of Germany. Two managers of La Liga squads are being considered as well in Pep Guardiola of Barcelona and Jose Mourinho of Real Madrid, who is a favorite for the award for his treble winning campaign last season with Inter Milan.

But if you want to know who was honored and who missed the boat please look no further then the bottom of this page to see who made the short list.