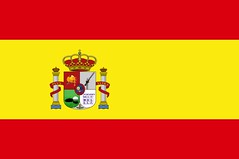 Vicente Del Bosque has put together a 30-man roster for the Spanish Nationals and it has two very important names on it:

That’s about all you need.  Fernando Torres and Cesc Fabregas–especially Cesc–are not in the best shape, but they were MAJOR players in the whooping Spain put on the world at UEFA 2008.  That team was all over the place.  They played the game the right way.  They put a hurting on teams that are sometimes unbelievable in retrospect.

Courtesy of ESPN–here is the Spanish Provisional Squad:

Xavi, Iniesta, Pique–those are some more names that jump out at you.  Now, who actually goes to South Africa could be a slightly different story, but if Cesc and Torres can get healthy then the Spanish will really be something to deal with.

I don’t know about you, but I’m still slightly marveling at the performance Spain put on at UEFA 2008.  Could they possibly keep it up?  I think so.

That broken Fibula might be a tough task to handle.

Scotland Just One Game Away From Euro 2020