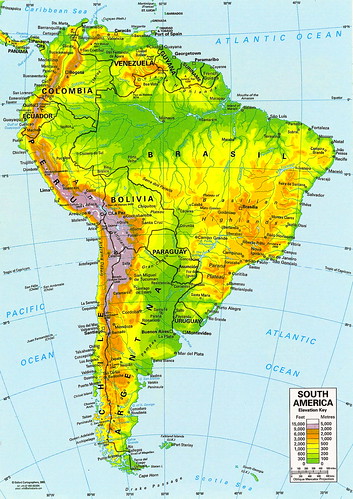 Heading into the World Cup many projected that the hosting nation and its neighboring countries would advance deep into the tournament this summer.  No hosting nation has ever been denied from the second round of the tournament (until now) and several of Africa’s best teams are supposedly undergoing their Golden Eras.

But injuries and lack of depth have ended many of the home continent team’s dreams and so far this Cup the most impressive part of the globe has been who other then South America.

Of course Brazil and Argentina are two cornerstones to any World Cup competition and both were projected to go deep into the knockout rounds this summer, but perhaps what has been the biggest surprise of the Cup is the fact that many of these other smaller soccer nations are doing so well this summer.

Following two rounds of competition, South American based teams had yet to lose a single World Cup match.  Out of their first ten matches, the football-crazed continent has an unbelievable record of 8 wins, 2 draws, and of course 0 losses.  And every one of the five South American squads is currently in first place heading into their final match and all are expected to advance to the next stage of the event.

Uruguay, Paraguay, and Chile are three South American sides that have lacked staying power on the final stage over the years, but perhaps what makes these teams so relevant at the moment is a rather basic formula.  South American teams are known for their aggressive tactics and great knack for scoring goals.  Although some of the teams might lack the championship caliber defense (they certainly haven’t showed so yet), they make up for this potential problem by engineering a ton of goals.

Right now in the Cup no continent has given us as much entertainment as South America.