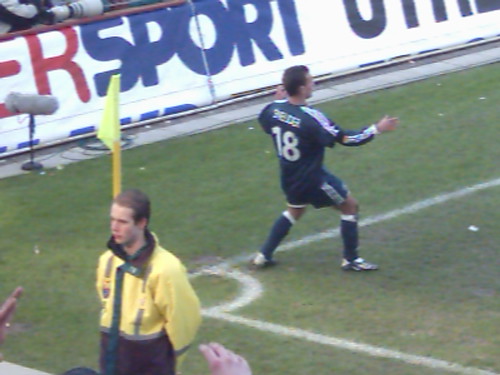 After creating lots of controversy about his status in Inter Milan, Wesley Sneijder reportedly is set to confirm his future with the Nerazurri in two weeks time and also ends the previous speculation about where will he play next season.

Speaking to Italian paper, Corriere dello Sport, Sneijder once again stated that he doesn’t want to leave his current club and the contract negotiation regarding his renewal will be finalized.

“This is my club, I’m very happy here and in the next two weeks we will finalise my renewal,” Sneijder said.

This news surely brings joy to Inter fans who were left restless after last month there were plenty news stating that Sneijder was disappointed with the club which didn’t seem to keep their promise regarding his renewal. Reports stated that the midfielder who has been an important act in helping the Nerazzurri winning the treble last season is asking for a raise if the team wants to renew his contract, at that time it looks like both parties failed to reach an agreement about the nominal.

That contract problems sparked rumors about Sneijder’s future at Inter as the midfielder might be considering to leave the club next season should they really fail to come up with an agreement regarding the renewal. The media also revealed that there were at least two big clubs that would be eager to get the Dutch player’s signature next season, the teams mentioned were Real Madrid and Manchester United.

However, this latest statement would surely put an end to those rumors and should make the Inter fans calmer as they will be keeping one of their best players in the club for a while. According to the latest reports, the new deal should keep Sneijder in Milan until June 2015 and for that period of time, he will be paid around 6 Million Euro a season after tax.

Should this new deal officially finalized, it will definitely be a good sign for Inter as they at least can expect that Sneijder can keep his focus in helping the Nerazzurri achieved something good this season as this season looks to be harder for them. So far, the former Real Madrid player has been performing quite well although there have been some off performances in one or two matches, overall the Dutch player hasn’t really lose his touch.