by Andreas Vassiliades on November 4, 2011 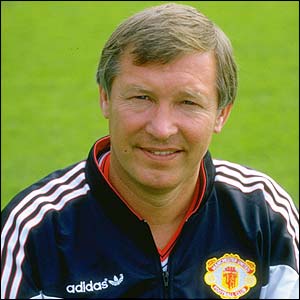 Having won 12 Premiership titles and 2 European Champions League’s, along with plenty of other cups and trophies, Sir Alex Ferguson is quite clearly the most successful manager of the past two decades.

Some, like Pep Guardiola, have achieved great success over a period of a couple of seasons with a largely inherited team. Others, like Jose Mourinho, have had incredible success in the short term at a handful of clubs. None, however, have stayed the distance like the Glaswegian Sir Alex Ferguson. Many managers have won trophies at clubs. It’s the nature of the game. Not one club can win everything and each club has a manager. Sir Alex Ferguson, by contrast, has kept winning at the same club. Developing players, buying players, changing formations, creating formations, risking everything, playing conservatively. Sir Alex Ferguson has done it all. From the first domestic league title in almost 3 decades in 1993, to the treble in 1999, to the 19th league title in 2011. 25 years of unmatched success. In that time the great manager picked many star players, some of whom modern generations might not even be familiar with. Paul McGrath – the latter day Rio Ferdinand. Norman Whiteside – the latter day Paul Scholes. Steve Bruce – the original Nemanja Vidic. For example, when contemporary young football fans think about the Manchester United midfield and are asked to name the most influential midfielders nearly all will name David Beckham, Roy Keane, Ryan Giggs or Paul Scholes. Before them there were also Paul Ince and Bryan Robson. Manchester United have had so many great players over the last 25 years that it is an injustice to name a particular select eleven, no matter how much fair weighing, objective study and checks and balances you go through to get to the final eleven. So many great players will still be left out. The sheer weight of numbers makes the task unenviable. Nevertheless, i have taken it upon myself to name a select XI and imagine that you will understand and appreciate the futility of the exercise. Pleasing all, or even a majority, would prove to be impossible. To make the task easier i have decided to employ the players in a straight forward 4-4-2 and i have allowed for an extended substitutes bench.