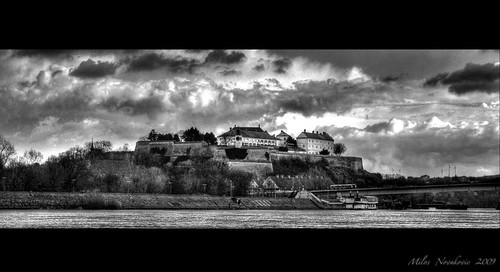 This will be Serbia’s first official World Cup this year, but if you look back at the regions history they had some success as Yugoslavia and Serbia and Montenegro, but the squad has never won the title.  Two times the nation has made it to the semi-finals, but those brilliant runs were a very long time ago and since then the club hasn’t gotten too close.  In 1998 the squad made it to the final sixteen spots and last Cup the club did qualify although they were bounced from the competition in the first round.  The last time the club made it past the second round was in 1990.

Serbia’s first WCQ officially as a new nation was a huge success.  In fact the qualifying run couldn’t have gone much better for the newboys.  Paired with France in a tough group bracket the squad shocked the world when they went on to win the division by a single point over the powerhouse squad.  The club went 7-1-2 over the span and capped off the successful run with a 5-0 thrashing of Romania.  This will be their first ever Cup and superstar center back Nemanja Vidic anchors the defensive unit and Inter’s Dejan Stanjkovic will lead the midfield unit as well.

Serbia right now is impressively in the middle of the pack with most bookies having a line of winning for the new nation at 66 to 1.  This is right there with many of the other second round bubble squads including with the USA and Mexico.  Ghana is currently even with the squad and that will make for some interesting predictions come this June.  I like Serbia’s chances of advancing though.  I think they deserve credit for beating out France for that first seed rather then France taking all the blame for their poor form.  Serbia will reach the final 16 clubs, but that is all this time.