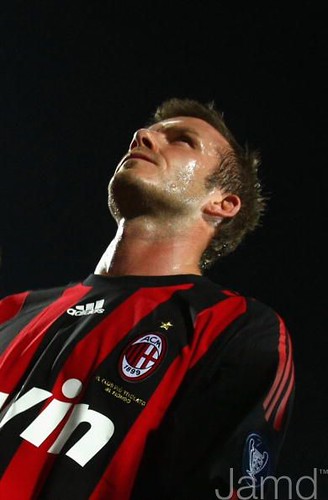 It doesn’t get any better then this Sunday.  Well maybe this summer, but as far as Serie A football goes this is the Super Bowl of match-ups.  Number one Inter hosts the only club that has a realistic shot of catching the returning champs.  Ronaldinho is playing some of the best football that we have seen from him since joining Italy and David Beckham has proven to give Milan that extra edge.  But Diego Milito is the joint leader in goals scored this season and Inter is basically unbeatable at home.  Lets hope that Milan can take one away from the giants and level out the playing field.  But I can’t go against Inter.

Juve has slipped the last few months and seem to be a very beatable opponent.  And Roma has enjoyed a great deal of success over the same span and now they have surpassed Juventus on the group table.  That is unless they lose to the reeling squad in this tough road match for the hot squad.  But Luca Toni might be the mid-season transfer of the year and the Italian legend already has scored two goals.  Roma has the momentum and that is too much for Juve to handle despite home field advantage.

Two of the league’s most disappointing clubs over the last few months face-off in a match that could turn around one struggling club’s fortunes and further damage the reputation of the other squad.  Udinese has the home field advantage and one of the best offensive performers in Di Natale.  But Sampdoria does have Cassano and the man is among the best in the game in dishing the ball.