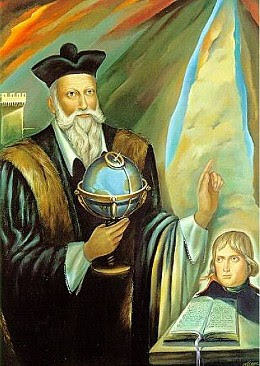 Well all good things must come to an end and last weekend theYanks picks to a minor hit after the false prophet was only able to get two games right and three wrong in a week filled with many ties.  It is only the second week where the Yank has missed more then one pick, but it appears I might have offended Nostradamus with my mocking claim to have summoned his spirit.  After six weeks the Yank is still 28-9 though.

In this weeks SATO Match of the Week we like Inter to handle Udinese in a high scoring non-stop action battle royale.  Di Natale will score, but Inter will win 4-2.  Another match featuring a surprisingly strong squad is Sampdoria home match against Parma.  Sampdoria is simply playing way to well for the new boys and should easily win 3-0.  Siena Vs Livorno is not a match of the two strongest clubs in Serie A by any means.  In fact the two clubs are among the lowliest in the league.  Someone should win though.  We like Siena 1-0.

Bologna is another example of a club that doesn’t seem to have it all together yet.  They did achieve a big draw last weekend, but this upcoming weekend they should lose to Genoa 2-1.  Bari has played great defense all season long and Catania will get shutout 1-0 by the club.  Cagliari should take advantage of playing Chievo Verona with a 1-0 victory, Atalanta-AC Milan should give Leonardo a chance to get the offesne going.  Milan wins 2-0.  Juve should handle Palermo with a 2-0 victory and in the final match of the week we like Fiorentina to defeat Lazio 2-1.