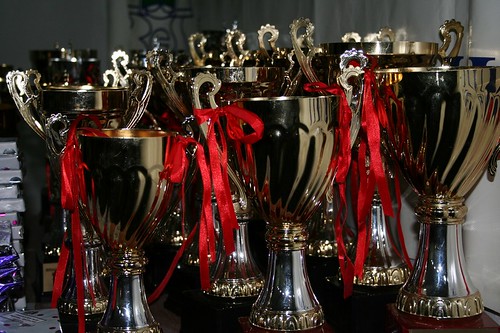 Milito is the leading goal scorer on the best club in the league making him an instant consideration for both most valuable player and best transfer this season.  The Argentine forward is my pick for leading Serie A in total goals and taking home his first ever Golden Boot.  But he is currently in second place in that statistic right now.

He’s getting up there in the years, but Totti’s Roma are the hottest club in the league right now and Totti is the beating heart of the club.  Adding Luca Toni will not hurt the Italian’s numbers because the pair will work together down the road and Roma is one of the few serious contenders this year.

Di Natale leads the league in goals scored, but when it comes to club success he has seen his side lose quite often.  In fact the regular top ten club is not out of the woods yet when it comes to the relegation zone and Di Natale is just about their only hope at surviving the cut.

The Brazilian has stepped it up this season and is among the bests in assists.  He was recently in the press for some alleged partying before playing Inter, but the midfielders decision making on the pitch has been great this year.  With Kaka leaving the club, many doubted that Ronaldinho could lead.  But Roni has proven the critics wrong.

I know that giving the keeper the MVP trophy is like giving a relief pitcher the Cy Young, but Cesar might be the most valuable man in all of the league.  Many football critics claim he is the best goalie in the world and he will be featured in Brazil’s lineup this summer.  Cesar is the keeper for the best defense in the league and the returning champs had the best defense last year as well with Cesar between the posts.

Eto’o has had a slow start to the year and having the last month off for the African Nations Cup didn’t help his statistics.  But down the stretch Eto’o will be featured more often and Inter will look to the Cameroon star to come up big.  He has eight goals, but I bet he finishes the season with at least 20.