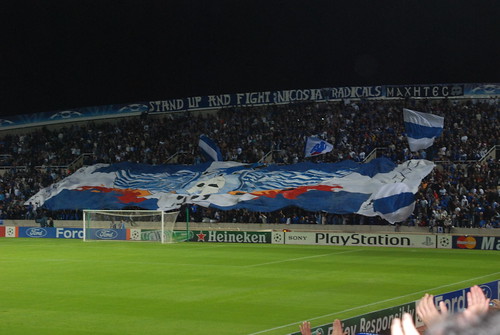 Udinese has struggled so far this season and currently the squad is only four points away from the relegation zone in 17th place.  Defense has been the main concern of the usual top flight squad and currently they rank as one of the worst units in the league.  Offense has not been much better if you do not include their best player Antonio Di Natale.  Di Natale has a league best 12 goals so far this season, but the remaining club only has scored 8 goals this season.  Di Natale has missed some time with cards this year, but if Udinese wants to improve their results then they need some scoring balance.

After the first few weeks of the season it seemed like Lazio might be able to make the surprising push up the board and battle for a Champions League spot.  Boy was I wrong!  Lazio has the second worst offense in the league with a measly 15 goals this season.  their acquisition for Julio Cruz seemed to be a good investment right off the bat (Cruz scored the game winner in his first match with the squad), but the aging former Inter man only has three goals to date.  They have turned it around recently, but Lazio suffered one of the worst losing streaks in all of Serie A a month or two back.

After a brilliant start to the year, Sampdoria has drifted away from the top six and even top ten for that matter and now look like a mediocre team at best.  Cassano blames the bad run on his lack of a spot on the national roster for Italy, but regardless to why they have played poorly does not matter.  At the end of the day they are still in 12th place though.