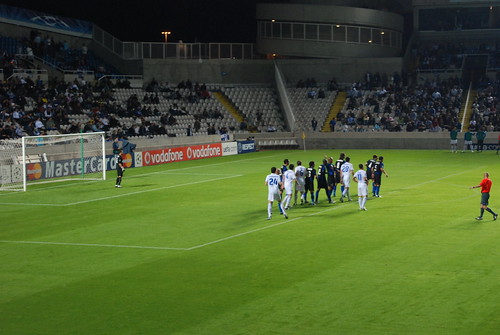 The man with the Midas touch is a must for top of the list coaches in any league that he has ever coached.  And despite rumors that Mourinho’s time in Serie A is running out after his contract ends in a few seasons (Mourinho misses England and the Premier League), he is still the most brilliant mind in the game right now in Italy.  Sure he has unbelievable players that help support this claim, but if Mourinho can take it to his old team, Chelsea, in the Champions League knockout round then he has certainly earned the right to be called Italy’s Coach of the Year.

With a fairly slow start and plenty of gaps in the starting lineup at the beginning of the year, it seemed that the first year coach and former legendary footballer, Leonardo, would have a tough debut as manager in Serie A.  But young Pato has continued to blossom this season and Ronaldinho has once again proven the critics wrong and has shown some mileage as well.  Now with Beckham joining the squad Milan is certainly a top four squad that will stay in strong position for the rest of the year.

It’s never easy to take over a powerhouse squad after a frustrating start, but Ranieri was up for the task after just two matches and since his arrival in Roma his club has seen much improved results.  Often an early season switch can spell for disastrous results, but Ranieri has his club in the top five and gunning for a Champions League berth next year.