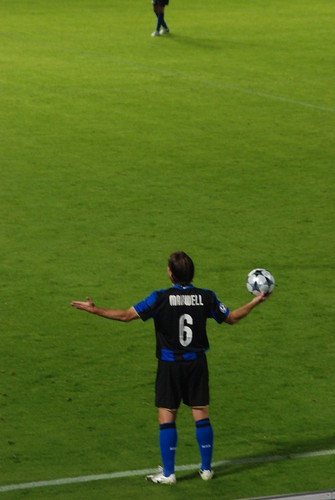 One point seperates the second and third place squads and more importantly who ever loses this match will likely fall to four matches behind leader, Inter.  Beckham has already joined Milan on transfer and the squad already picked up their first win with Sir Goldenballs, but playing against that Juve defense will be a much tougher test for Milan then Genoa was.  But Milan is red hot and I don’t think the brief X-mas break will cool them down too much.  Leonardo’s squad has surprised many critics this year and I think top four results will be achieved by both squads.  But winning this match will not hurt the chances of that happening.

At the beginning of the year Sampdoria seemed to be on their way to top four results.  But now that the season is about half way over Cassano’s club has come back down to the ground and currently reside in a mediocre position of tenth place.  Napoli, on the other hand, has quietly moved up to fourth place on the league table and the squad now may be the true club worthy of Biggest Surprise this season.  Winning this match against the former leading candidate will make their odds of winning the award that much better.

I never thought that these two clubs would be even in total points heading into this weekend’s fixtures, but Bari has played great defense this season, and much like Fiorentina, win matches by battling clubs to low scoring results.  This one should be more of the same in a match that might not even see a single goal.