Rooney, You’re As Cold As Ice 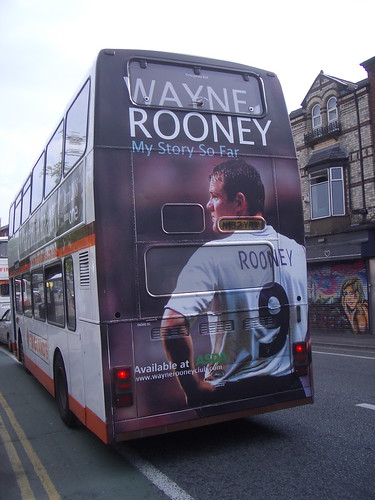 Brrrrrr! Wayne Rooney’s cold streak continues and the man who at one time last season couldn’t miss the back of the net can’t find the once familiar area to save his life right now. Wayne Rooney hasn’t scored a single league or national team goal since nearly six months ago in March. And the number of games without a goal for Rooney right now is at unlucky number thirteen.

And how could someone as good as Rooney not score for such a long stretch of time? Well a lot of reasons.

Last season and even this summer I think fitness can be linked to the draught. To be honest Rooney was overworked last year by his iconic league coach and Sir Alex knew that starting the star nearly every match was the only way they could realistically compete for trophies. And following the battery the Englishman took over the course of the lengthy EPL season, his health dipped at the most significant time for his league team and his nation. Rooney looked sluggish at the end of last EPL season and this summer in South Africa. The forward appeared to lack his regular speed and even at times looked as if he was walking gingerly on the pitch attempting to restrain himself from further injury.

And as bad as health has been for Rooney over the last six month stretch his biggest problem is becoming confidence. Confidence can make or break an athlete and following a dry spell to finish the EPL season, the forward wasn’t exactly picked up this summer in South Africa by an all around dismal effort by the Three Lions roster. And now Rooney appears at times to be trying to make too much happen and is often seen taking poorly judged shots from far beyond the box.

Of course the good news for the Rooney and his league side is the fact that an excellent supporting cast can pick up the star in many ways that his national team could not this summer. In other words Man U has the playmaker’s back and eventually he will be granted the perfect feed to break this devilish curse.