Ronaldo To Milan Is Crazy But Not Impossible 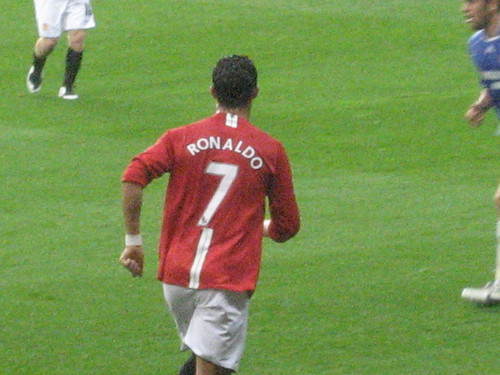 The past few weeks, the media in Italy are getting really hyped about the potential ‘crazy’ transfer move dreamed by Ac Milan owner, Silvio Berlusconi, who admittedly revealed that he wanted Critiano Ronaldo at Milanello.

Although the patron didn’t actually confirm that he will sign the Portuguese winger next summer, but the rumors just keep spreading and it might continue even more after the recent statement from Real Madrid’s coach, Jose Mourinho, stating that the deal is not impossible at all.

Speaking to the press after Madrid’s Champions League tie against Tottenham Hotspurs, Mourinho believes that although his club has no intention to sell Ronaldo, if Berlusconi is really up for making some crazy thing than the move is possible. The former Inter coach seems to acknowledge the Milan’s owner tendency in getting a player he really likes, so the tactician doesn’t completely rules out the potential departure of his team’s potential asses to Milanello.

“I won’t say it’s impossible for Cristiano, because perhaps Berlusconi will want to do something completely crazy, but I can say that Real do not want to sell him,” Mourinho said.

Just as it was revealed, Berlusconi usually get the player that he really likes although they doesn’t always arrived immediately such as the case with Ronaldinho and also Zlatan Ibrahimovic, two players that took few seasons before finally setting their foot at Milanello. The same case could very well happened with Cristiano Ronaldo, considering Madrid doesn’t seem to have any financial issues for the time being and more importantly because the Portuguese hasn’t win anything yet with the Merengues since his move from Manchester United.

However, anything is possible in football nowadays and considering the financial fair play rule will come into play sometime soon, there’s always a chance for the Rossoneri to get their hands on CR7 even without the need of splashing ‘crazy’ transfer money. Still it’s very unlikely that the move will happen anytime soon, as it could be a smoke screen made by the Milan management so they can easily captured another important target behind the media’s back.