Robinho Refers To Manchester As “An Awful Place to Live” 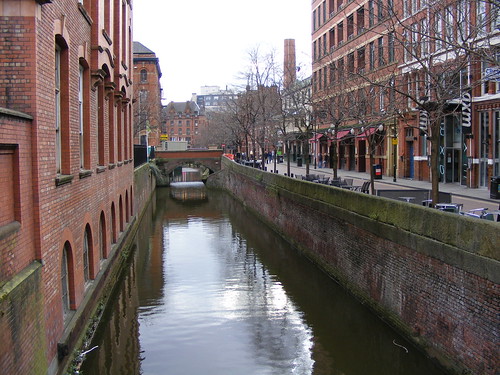 Here is a lesson in Linguistics 101 for you. The word “awful” was originally considered a positive word to use back in the day. In fact it’s definition was once considered to be “inspiring awe” or “reverential”. For example if you enjoyed your time at a party you might even say that you had an “awfully good time.”

Well when newly acquired winger/forward Robinho recently declared the city of Manchester to be “an awful place to live,” I don’t think he was using the old form of the word. In fact I think it is safe to say that Robinho despised living in the football-crazed English town.  And apparently the Brazilian doesn’t think too highly of the Manchester City organization either.

The footballer that desired to remain on loan in Santos grudgingly returned this off season just to be sold away to AC Milan. And Robinho wants the world to know that he was never happy in England and blames the atmosphere of the city in which he lived on his inconsistent stint with the ambitious Blues squad:

Neither [Mark] Hughes nor [Roberto] Mancini understood me. Perhaps they only believed in the sporting side of things, but that wasn’t enough for me. There was a lack of contact between the players and the club. It was much like an office – to training and goodbye, to a match and goodbye. I am Brazilian and I can’t offer my best performance if I’m not happy in every aspect of life. That was my problem. I am a special footballer and I need to be happy when I’m playing. That was the case at Real Madrid but never at City. Perhaps I should never have left Real Madrid.

Perhaps Robinho is right and the move to England was a costly decision for both his record transfer side and his own form during the duration of his stay with the Blues. Robinho admits that England isn’t the place to be for all foreign players although the winger did praise the competitive Premier League schedule and packed stadiums full of excited fans. But when it comes to life off of the pitch Robinho had few complementary things to say regarding the destination:

Manchester is a sensational venue for football but an awful place to live … the winter, the cold and the dark nights. It’s very hard for a young Brazilian. The Premier League is one of the best in the world, without a doubt. The stadiums are always full and the atmosphere is incredible, but not every footballer is able to play in England. The character can be difficult for a foreigner.

And Robinho also suggested that he and Blues manager Roberto Mancini were never on the same page and the Brazilian praised his transfer over to domestic league Santos last season claiming that his departure from England saved his chances of playing in the World Cup.