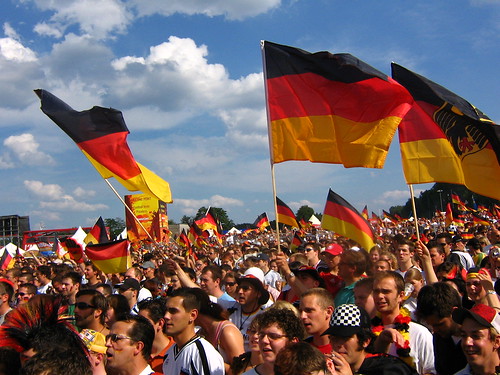 Rene Adler was one of the many star players that missed the World Cup this summer due to an untimely injury. And much like England’s Rio Ferdinand, Adler was injured in a training exercise literally days leading up to the start of the tournament.  And the first team Germany keeper was honored by ESPN by making the starting eleven best injured players who missed out on the World Cup squad.

So recently when it was reported that Rene Adler was healthy once again few thought that the former starter would be completely left off of the roster for the squad’s upcoming friendly against Denmark. But manager Joachim Low decided to select Schalke goalkeeper and World Cup replacement Manuel Neuer as the starter and Tim Wiese as the backup for the 18 man roster.  And that means Adler wasn’t given a spot and was surpassed by his two backup keepers from last spring.

And this notion doesn’t sit well with Neur’s league boss Bayer Leverkusen sporting director Rudi Voller.  Voller claims that Adler should have been selected and even suggests that Adler be considered to start again over successful replacement Neuer:

With all respect to the other goalkeepers, in the future, it is only going to come down to who between Neuer and Adler will be selected.

And I actually do agree with Voller.  How a guy can go from being the best to not even worthy of being backup so quickly is beyond me.  If Adler is at full health then he should at least be selected as Neuer’s backup considering the keeper did pretty well this summer.  But to not select Adler at all tells me Low is doing this simply because he wants to erase any apparent competition between the two goalies. In other words Neuer is his man in the net at the moment.

And Adler took the news of his snubbing pretty well. He did bring up this valid point for the two selected keepers:

I have just got to accept it. They were both at the World Cup.

And it’s a tough scenario for all three keepers considering they are all worthy of caps.  But I think the obvious choice in Germany right now is Paul the Octopus. Not to play keeper, but to at least make the right selection for the competitive position.