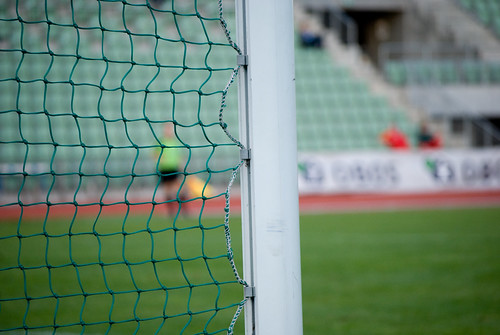 It is one of the best problems your national team can have.  In fact it is nearly unheard of.  Spain just might possibly have the two best keepers in the entire world.

It is similar to when the San Franisco 49ers had both Joe Montana and Steve Young at the QB position.   Who do you play?  And is it good to have that strong of a competition at a position that only needs one key player?  Well I am sure that Pepe Reina, the second string keeper on Spain’s national team, has done his best to find a loophole to this dilemma.  I wouldn’t be surprised if the backup and definite top five world keeper had researched his ancestors and scoured the earth for some relatives in another country, but it seems that Pepe might have the worst luck in the world because he is the backup to Real Madrid world renowned keeper Iker Casillas.

And Reina has had a strong 2009/2010 campaign despite his club, Liverpool, often inconsistent play.  But just to make things a little less comfortable in the Spanish national lockerroom Fernando Torres admitted earlier in the week that he sides with teammate Reina over Casillas in the debate.  Here is what the goal scoring forward had to say regarding Reina:

Like always he’s having a really good season. For me he’s now the best keeper in the world.  In Spain everyone knows he’s a very good keeper and in England there is no doubt he is the best.He’s played at a top level since he signed here and won many Golden Gloves (for the most clean sheets) – and hopefully he’ll win one more this season.

Regardless of who plays this summer, Spain will likely have the best keeper in the world on the pitch.

And that never hurts your chances.