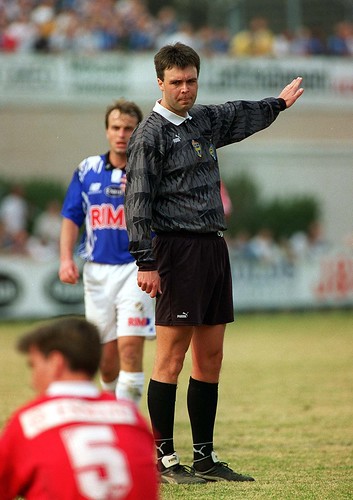 Italian Serie A have only just started but controversy already filled the competition, after the players strike plan recently the refereeing issues made the headline with some clubs already publicly shouted their protests regarding the decisions that goes against them.

Shortly after the second league games, the likes of Ac Milan, Fiorentina and Inter Milan voiced out their protests against the officials from their official site and also their leaders’ words.

Ac Milan were the one that take a spite at the officials after they have been wrongly done by some of the designators decisions on the Rossoneri’s latest match against Cesena, which they lost 2-0. On that game, Milan had two goals from Alexandre Pato being canceled out due to offside and suspicion of hand ball although the replay showed otherwise.

With the addition of several other dubious offside calls from the referee on that game, both Milan Presidents, Silvio Berlusconi and also his vice, Adriano Galliani shouted out their feeling to the press claiming that the poor decisions has cost them the match.

Following their neighbor’s reaction towards the officials, Inter Milan also shown their disapproval regarding the latest decision from the Disciplinary Commission that only give two match ban for Roma’s player Nicolas Burdisso after his horror challenge to Daniele Conti last weekend. Inter’s decision to make the case against that decision is because the fact that with that two match bans, Burdisso will be able to play against them when the Nerazzurri meet Roma in the fifth week of the Serie A.

It seems that Inter’s directors are not really keen on having their ex-player having the chance to play against them and provide necessary information about their strength and weaknesses to their direct Scuretto rival. The treble winning team voiced out their protest via their official site writing that Burdisso should be punished with three or five match bans rather than just two.

Another club that have also speak about their protest to the Italian Serie A officials publicly are Fiorentina, that felt they have been victimized with bad decisions in their previous two league matches. Just like Inter, the Viola stated their protest via the club’s official site writing that they don’t like the recent refereeing mistakes that happened against them and hope that it won’t happen again in the future.

Last season, Fiorentina also voiced out the same kind of attitude towards the referee after feeling that they were being damaged with poor refereeing decisions in some games, notably the Champions League fixtures against Bayern Munich.

This protests once again bring the negativity in the league as since the Calciopoli issue in 2006, there have been many suspicion and minor voices regarding the refereeing system in Serie A. It would be interesting to see will there be more protest made by other clubs regarding the officials decisions in the future considering the fact that the league is still long.