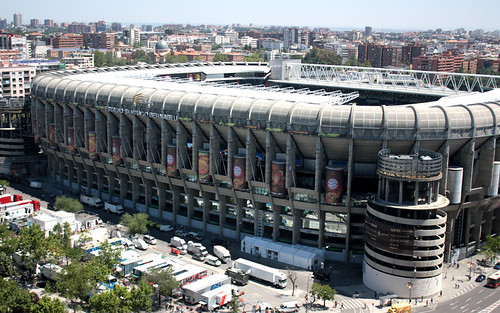 Jose Mourinho must have comfortably settled in at Real Madrid because the new age targets of Los Galacticos mostly appear to be defensive minded players with the exception of Angel Di Maria who just signed earlier today. And of course offensive talent is well stocked for Los Blancos and defense is where they needed to make most of their improvements.

Ashley Cole, Maicon, and Thiago Silva all remain on the wise one’s wish list for Real Madrid this summer and considering that two of the men targeted are former players under Mourinho that shouldn’t be much of a surprise as he tries to rebuild the type of defense for Real Madrid that won him titles at both Inter and Chelsea.

And signing Silva would be a nice addition as well considering his value is slightly less then Cole and Maicon‘s, but his importance to a team’s defensive half is extremely vital and could make all the difference. Silva apparently isn’t on the market yet, but the player’s agent Paulo Tonietto knows all too well that his value is rising. And he wants to make sure that the price is right for the move to happen this summer.

Tonietto made this comment to tuttomercatoweb.com regarding his client’s future:

We know Real wants Thiago Silva,. It’s a personal interest of (Real coach) Jose Mourinho. The figures reported for Thiago are not realistic. They are too low. Let’s just say that just his arm is worth €10 million. Thiago is one of the best players in his role. In any case it will be Milan to decide whether to place the player on the transfer market this summer.

Silva was rumored to be valued at around 15 million by AC Milan this summer for a deal to go through. And Tonietto obviously feels that the number is grossly below Silva’s true value. Well one bit of good news for Silva and his agent is that they are dealing with an organization that grossly overspent last summer.

So perhaps they will again this summer on defensive minded stars?