Real Madrid Has Another Unhappy Customer 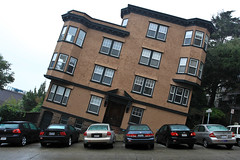 Cristoph Metzelder hasn’t had the best tenure in Madrid as the defender has rarely since signing out of the Bundesliga a few years ago.  Some people have called him an “out of favor defender”, but I think he’s just a casualty of Real Madrid’s desire to win everything over with money and “talent”.

We can only presume that Metzelder was signed to Real because they thought he was a superior talent, yet they probably didn’t think for one second that he would be sitting on the bench.  So, he’s getting paid alot of money but he’s “fallen out of favor”.  All that really means is that they overspent on him and now they don’t know what to do with him so he’s sitting on the bench and they’re basically just setting the money they’re paying him on fire because he’s not playing.

So, since he knows they’re wasting money on him and they’re probably sick of it he’s going to go back to Germany.

There is something to be said for playing in your homeland and I think Metzelder has learned that lesson.  It also shows that believing too much of your own hype can really be a killer.

Just look at how much money Real has spent on players and it still may not pay off in a La Liga title–PLUS the fact that they also have Raul leaving–disgruntled–a playboy superstar and two other overpaid superstars who will one day “fall out of favor”.

Maybe I was right about the whole crumbling thing, but I was wrong that it could happen in one year.  The paints chips start to fall off the house slowly a little at a time.  Then one day a shingle falls, then a piece of siding and before you know–10 years down the line–the house is off its foundation.

This might be where Real is headed if they don’t stop believing their own hype–and their wallet.