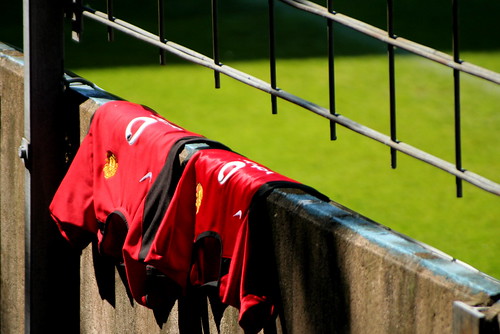 Portugal national team coach Carlos Queiroz will apparently be suspended six months by the nation’s Sports Institute for aggressive behavior the coach displayed when the country’s anti-doping agency visited the squad prior to the World Cup. No player tested positive during the visit, but Queiroz has been accused of disrupting the test due to his aggressive behavior towards the testers and foul language.

The former Manchester United assistant claims that the reported ruling is “totally wrong, harsh and unfounded.” And the coach was also not too pleased to discover the supposed suspension through media reports rather than first hand from the committee:

According to some reports, the anti-doping agency has found proof – unlike the federation – of breach and disturbance of anti-doping activity and has determined a six-month sentence. Neither I nor my solicitors have received any notification of this, making the media the first to be informed of the decisions, ahead of the accused. As for me, what matters is not the decision, but the lack of any wrongdoing (as was recognized by the federation). I confirm that I will appeal to the Court of Arbitration for Sport. I will request that the decision be suspended until the appeal is heard.

And Queiroz had already been suspended for a month by the Portuguese Federation for the same incident and if the ruling were to stand it would likely end the manager’s reign of the squad considering he would be absent for the beginning stretch of Euro 2012 qualifications.

Queiroz came under serious fire this summer when his side was bounced from the second round of the tournament and even his star player Cristiano Ronaldo suggested that the early exit was the manager’s fault although the Real Madrid man would later deny the accusation. Queiroz though, is obviously upset over the ruling considering the country’s federation had already claimed prior to his previously announced suspension that the coach did not interfere with the testing, but merely acted out.

Queiroz admitted that he was angry with the anti-doping agency for bothering his team during an early morning training session and did admit to using inappropriate language during the incident, but plans on appealing the ruling as soon as it is officially announced.

And in my opinion the case would really have to come down to proving that the coach physically disrupted the officials from testing the players. Using foul language and throwing a tantrum is one thing, but if the coach physically harmed an official then that would be a whole other legal matter. Personally, I think a bar of soap in the mouth for a few hours would be plenty of punishment for the coach, but then again I wasn’t there and do not know how far Queiroz took the matter.