Pique Accepts Any Decisions from Guardiola 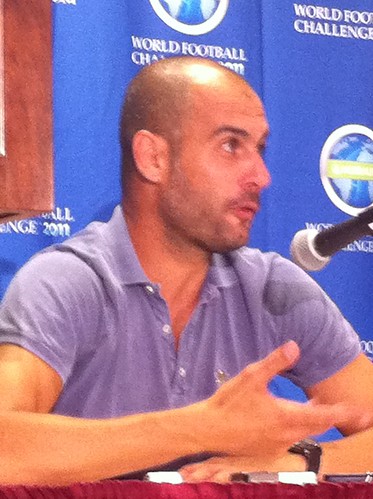 Barcelona players have continuously shouted their hope over Pep Guardiola’s future, stating their hope that the Catalan tactician would eventually sign an extension with the club when the time arrives, but still in the end everything depends a lot on the tactician’s wish.

This is also something that Gerard Pique acknowledged as he leaves everything in Guardiola’s thought since no one from Barca should be forcing their will towards the former midfielder.

Pique reveals that there are no problems between the players and the coach that would make Guardiola chooses to leave Barca, but the defenders noted that the tactician’s decision might be related more wih personal things. That’s why despite hoping that his mentor would continue to work with the Catalan side but should things turned out differently than the defender simply would accept every decision since it’s probably for the best.

“I don’t think it depends on us. The manager has always said he is proud of our performances and how we behave on the pitch. I think his biggest doubts are related to his family and his personal life. He has to dedicate 24 hours a day to football, and that’s too much sometimes. We are doing all we can for him to renew. All the players have stated what we want and we are doing all we can on the pitch to show how much we would like him to stay with us. But it’s his decision, and we have to respect it,” Pique stated.

There are strong rumors that Guardiola is considering a career out of Barcelona in the summer since he already felt a bit ‘bored’ with his achievement with the Blaurgana as every possible titles has already been grabbed. Media has been speculating that the ex-Spain international midfielder could be heading to Inter Milan or maybe even either Manchester United or Arsenal, options that are pretty possible especially if the tactician does leave the Catalan side in the end.

Meanwhile, speaking about Barcelona’s chance in the league, Pique revealed that they must simply focus on one match at a time instead of just thinking about the 10 points gap with Real Madrid. The defender admitted that their performances hasn’t been that brilliant in La Liga this season but the quality never really declined since they are still capable of providing quality performances.

“We shouldn’t think about the distance right now. We have to go game by game. Try to enjoy ourselves, try to win and let’s see if in a couple of months we are better positioned to close in on the leaders and make the league a bit more exciting,” the defender noted.