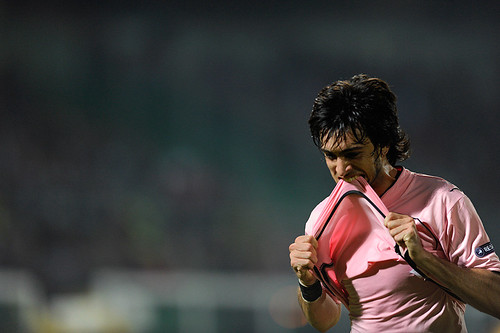 Despite being one of the most wanted youngster in Serie A with plenty of big clubs already gunning on his signature, Javier Pastore seems still eager to remain at his current club Palermo.

After previously releasing a statement about not rushing to leave the club, recently the player’s agent, Marcelo Simonian, reveals that his client is considering to extend his current contract with the Rossanero.

The young playmaker that actually still has a contract until June 2014 might consider to extend it another year off course with a wages raise from his current 500,000 Euro a year up to 2 Million Euro in the next two season. Although signing an extension isn’t actually an important thing for Palermo considering the player still has a long contract but with the continuous approach from big clubs, the Sicilian side can at least hold the player longer or finally increasing the price tag on the Argentinian.

“If Palermo want to talk about renewing Pastore’s contract, then we would be happy to discuss it without problems, It will be a pleasure, because Javier is happy to stay with the Rosanero,” Simonian told Palermo24.net. ” We all want to renew because Pastore is happy, so am I and President Maurizio Zamparini.”

It’s been reported that the likes of Barcelona, Real Madrid, Ac Milan and also Inter Milan are keeping a close eye on the Argentinian international, who keeps on improving his quality this season. With that kind of interest it won’t be long before Pastore finally decide to pick one of them as a bid to improve his footballing career, that’s pretty much why Palermo might be interested in extending the deal so they can get a huge income should they sell the midfielder in the future.

Palermo president, Zamparini, always stated that he doesn’t want to let one of his star players leave the club but the patron understand the fact he won’t be able to keep Pastore forever especially if the player keeps on improving. Acknowledging the possibility of loosing his price asset sometimes in the future, the controversial president has put a high price tag for the Argentinian international around 50 Million Euro, a number that could well be placed should the extension does happen and the player keeps on showing his talent