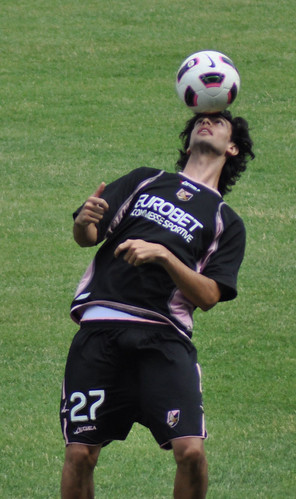 Despite continuously stating that his young talented playmaker, Javier Pastore, won’t be sold anytime soon and should any teams are interested they will need to pay lots of cash, Palermo’s president, Maurizio Zamparini, has admitted that the Argentinian can’t be kept even in the summer.

However, the president did added that it could only happen if the player himself does not have any intention in staying with the Rossanero and opted a new adventure.

Although known as a controversial person, Zamparini ensured that he won’t keep a player against his own will so should Pastore shows sings or intention to leave Renzo Barbera next summer, the president won’t try to hold the youngster’s wish. The patron gave Edinson Cavani’s move to Napoli this summer as a perfect example of his understanding towards his young talents that have lots of admirers elsewhere.

“Pastore could be sold if he were to show a desire to leave,” Zamparini stated. “Cavani is an exceptional player I would never have imagined Cavani going to Napoli. He wanted to leave Palermo, otherwise I would have kept him.

This new statement from Zamparini surely gives a breath of fresh air for some clubs that are interested in signing him such as Barcelona, Real Madrid, Ac Milan as they probably won’t need to give lots of cash as long as they can convince Pastore. However, it might not be easy as the playmaker did stated earlier that he wanted to stay at Palermo for at least one or two more seasons before taking another step for his future.

The young playmaker, who is currently playing very well for his club, seemed contend in keeping the surrounding for his improvement as he is feeling comfortable at the moment playing in good club that give lots of space for young players without giving too much pressure. That kind of condition is the kind of situation that he might not have in bigger clubs that usually demands lots of responsibilities from their players considering that kind of teams are always being pushed to win something in the end on the season.