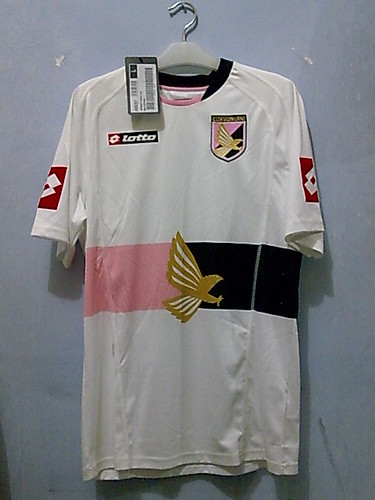 Controversial Palermo President, Mauricio Zamparini, revealed a shocking statement just after his team’s defeat against Ac Milan on Wednesday saying that he plans to resign and sell his club soon.

Aside from saying the statement to the press, the president also revealed his decision on the Rossanero’s official site confirming that his disappointment about the refereeing decisions was the main reasons for the sale plan.

“Tomorrow morning I will resign… I want to distance myself as soon as possible from this football,” Zamparini said just right after the game against Milan. “Palermo is up for sale right now. I thought things had changed, but it’s still the same filth.”

The patron seems disappointed with some controversial incidents on the game that on neutral views isn’t actually something as controversial as what the 69-years-old president suggested. However, considering the fact that he has been whining about refereeing decisions since the early part of the season, what happened in Milan might just be the ultimate disappointment that he felt after sometimes now.

“Everything is owed to the fact that I feel and I leave defeated by a pseudo-sporting world, where, despite my 24-year ultra-like fight, the values of sport are vanishing ever more, [a world] where the economic and media power of three or four clubs that only want to share the Scudetti rules,” read Zamparini’s statement on Palermo’s site.

Although what Zamparini stated might have a point, he should probably try to make a more rational in analyzing the situation and stop thinking that his team is already good enough in beating their opponents weekend week-out. The fact that Palermo are struggling in the Europa league can actually give a clear sighting to the patron that the causes of his team’s poor results isn’t solely based on poor refereeing decisions.

However, it seems that the 69-years-old seems already set with his mind and doesn’t have more enthusiasm in leading Palermo for more years as Zamparini already stated on the club website that although it’s difficult for him, his mind is already set. The president also hoped that the new owner would still be able to maintain the quality and characteristic he already set for the Rossanero in his 24 years running the club.

“My decision is ‘firm’ even in the suffering that I feel in leaving a beautiful group of fans like Palermo’s with whom I am tied by a deep and mutual affection,” Zamparini stated. “The new owner of the club must certainly be of such a level as to guarantee the support of our objectives: that of being a great club. “

Considering Zamparini’s constant controversial actions in the last few seasons, his current reaction isn’t actually something that made the media in a super shock state. In contrary, it won’t actually be surprising if the president decide to take away his words and continues his journey with Palermo until years to come.