Flavor of the Month Long Wait 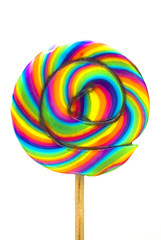 One month from today, the United States Men’s Soccer Team will take the pitch in Rustenburg, South Africa and attempt to do something that no (male) team from the ol’ US of A has ever done before: win the FIFA World Cup. I know that it is “so cliche” to say this, but now that we are less than one month from kickoff, I can literally feel the “electricity” in the air. Oh, wait, nevermind, I am being tased right now by an officer of the law for being intoxicated.

That explains a lot.

First off, my drunkeness explains why I seem to have lost my wallet, which was in my pants. Accordingly, it also explains why I lost my pants at some point. Anyways, my point is (purportedly) that I won’t need pants to enjoy the 2010 World Cup. Nope, all I will need is my trusty remote control, a comfortable place to perch (real fans never sit, even at home) and an unlimited supply of cold beer. I plan to partake in more coverage this Cup than ever before.

That will be a tall task to accomplish since I have pretty much fully enveloped myself in the last two World Cups. I witnessed every second of World Cup news and reviews I could the last time around, and I am looking forward to trying to become even more obsessed with who owns the Jules Rimet trophy in 2010. I hope you decide to join me in supporting the US Nats, I wish you happy FIFA World Cup watching, and I pray you keep coming back to STO.

You see, this is the interweb site that is dedicated to providing you with the best news, analysis and commentary, but we cannot do it unless you keep coming back to the hive to devour more of our sweet soccer news honey (I don’t even know what that was supposed to mean). Long story short (too late), keep coming back to STO over the next two months to satisfy your South Africa sweet tooth (which sounds like a sex move a la the Cleveland Steamer).

Speaking of thinkgs that are “steamed”, several US players are upset today about being left off of the 30 man roster that is being called into camp in NJ this week to prepare for South Africa. Now, most of these lads didn’t have much of a chance to make the roster, but some who were snubbed were legitmately thought to be frontrunners to make the team as little as a month ago. But, before we look at who didn’t get the call, let’s take a short moment to dissect who did.

I like this list a lot, and other than a few hiccups here and there, I think Bob Skeletor Bradley did an excellent job. Who are the surprises? Well, Bedoya entered the picture quickly and seized a spot. EJ went from dead in the water one year ago to being called up for camp due to his fantastic play in Greece. Ditto that for Gomez and his majestic year in Mexico. Marshall was a sleeper whose nightmare of missing the Cup was averted. But, who are the guys who missed?

Well, the name on the tip of everyone’s tongue is Charlie Davies. Every media type and casual Nats fan (which means every person in the media and 99% of people who claim to be US MNT fans) are “outraged” “CD9” was left out. Well, the man has a metal leg and hasn’t been able to train at full speed for over seven months. I’m sorry, I was rooting for Charlie too. We all were. But, he just isn’t ready for this Cup. He can come along to provide inspiration, for sure.

But, he doesn’t belong in camp, and he doesn’t deserve a spot, especially considering the fact that his own team would not release him to Bradley due to his injury. Davies says he is fine, but the docs say he isn’t ready, and really that is that. There is always 2014 for the incendiary striker (and maybe even 2018), but he will have to sit this one out. If you think otherwise, you may be a Davies’ fan, but you are not a soccer fan or a real US MNT fan. Yes, I said it.

As for the rest of the snubs, none are as noticeable as Adu and Casey, two guys who one year ago looked much more likely of getting a call up. Neither guy showed much in the last 12 months though, and both are notorious for not hustling. Bradley wants guys who want to win, and these two just didn’t show him enough I suppose. It’s too bad, as I would rather have had them than a couple of the guys listed above, but c’est la vie. Maybe they can make it in 2014.

All in all, Bradley’s 30 man roster does not look very different than I predicted it would nearly 6 months ago. The only real differences are up top, and I even admitted back then that my picks would be off because Bradley would go with whoever was “the flavor of the month” and had the “hot hand”, which he did when he brought in Buddle, Gomez and Johnson. I still think our starting lineup looks the same as it did when I set it out back then (assuming full health):

We shall see if this Starting XI actually comes to fruition one month from today when we take on the mighty English side who also named their 30 man provisional roster today (and let me tell you this, their 30th man could start for us). We will need to work hard and find some serious cohesion in order to succeed at the 2010 World Cup in South Africa. I think we can do it. The time for talk is over though. Now is the time to get down to business. After all…

We only have one month before our first match.