Ok, I'm officially over this dude 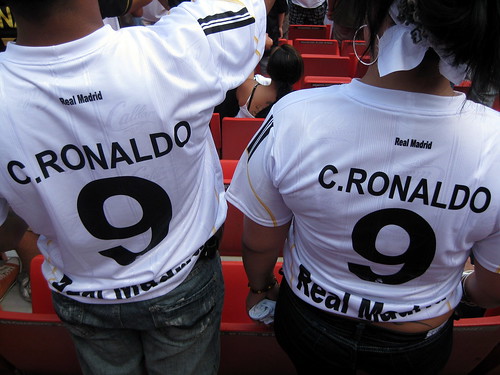 Cristiano Ronaldo has pulled the last straw with me.  I can’t take this any more.  You can NOT be a good leader and play selfishly.  Fine.  You can financially burden your club with your ridiculous salary and then sit out too many matches.  Fine.

You can even hog the ball in the Champion’s League and see your team right out of the tournament.  Fine.  However, I refuse to stand by and listen to this garbage,

You ready for this one.  This is good.

He says he would welcome Jose Mourinho as coach of Real Madrid.  TOO BAD YOU ALREADY HAVE A COACH!  Manuel Pellegrini hasn’t been fired yet.  Unless of course, control of Real Madrid has been ceded to your by the ownership.  In which case, you know if he is going to be fired or not.

This is just TOTALLY disrespectful.  In fact, if I were Manuel Pellegrini–because at this point I would want a new job anyways–I would sit Ronaldo for the rest of the season and would NOT see the field again under my leadership.  There is absolutely no room in anything to be completely disrespecting your superiors.  ESPECIALLY when you do so openly in the press as if you are completely impugn.

So, yeah, I’m totally over Cristiano Ronaldo.  He won a title at United last season–miraculously–and he better enjoy it.  People like this don’t win titles–they just complain.

You know what’s worse–he complained about his team even more:

“We are out of the Champions League, the Copa del Rey, so we are not very happy of course.  We are still in the league to fight so it’s possible to win.”

“We’ll be very frustrated if we don’t win anything. A team like Madrid has to win something every year, but Barcelona at this moment are a little bit stronger than us because they won both times they played us.”

“I still believe we can improve in the next games. The next months, the next year, we’ll be much stronger than we are at the moment, so if we don’t win this season, definitely we will win next year.”

Notice how he mentions buying players–because his current teammates aren’t good enough for him.  If I were his teammates he’d never see the ball again.  This guy is unbelievable.  Cheer for him all you want, but he only cares about himself.