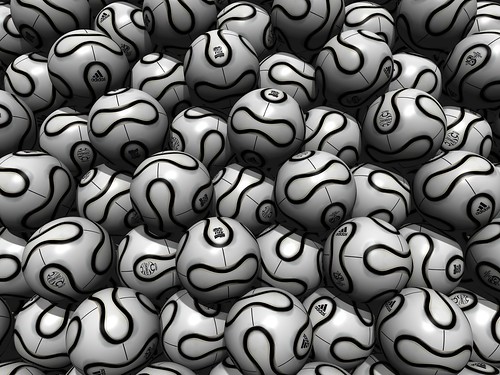 And they say that the NFL is the No Fun League.

FIFA announced yesterday that they will not name an All Star team this World Cup and the organization didn’t even explain or list any reason why this decision was made.

Some reports are claiming that the lack of honoring a world’s best team was due to the All Star team’s old sponsor MasterCard no longer being an advertisement option with the World Cup and the company has been recently replaced by Visa in 2007, but to tell you the truth nobody really knows why they wouldn’t have one considering the fact that they told nobody a reason why the choice was made.

For the last two World Cups 23 players were honored with the distinction of making the All Star team and before that in 1998 16 players were selected and in 1994 only 11 players made the team in the first ever installment of the honor. This year though it appears that 0 will be honored for their outstanding play and that truly is a shame to everyone that deserved a spot on the roster.

In fact not naming an All Star team doesn’t really make any sense and you would think that the popularity of such an honor would only provide positive press for the world’s biggest event.  Apparently FIFA has no interest in publicly naming the 23 best players in the World Cup and they have decided to forgo the award this year.

So in other words stay tuned to the STO (instead of FIFA’s announcements this week) and tomorrow I will name my own 23 man All star team from this summer’s World Cup because it is the right thing to do!