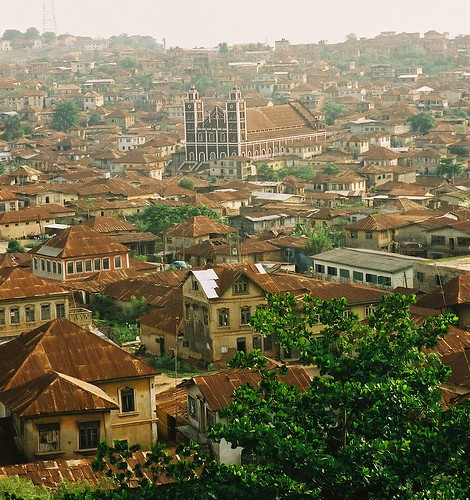 Vincent Enyeama will more then likely get the nod this summer for Nigeria in what has to be considered one of the weakest goalie units in the Cup.  All three of the club’s potential call ups play in a weak Israel league that lacks the type of star power that will be showcased this summer.  Looks like this fact could spell trouble.

Another suspect unit that lacks real star power, but does have some reliable folks.  Everton’s Yobo and Bolton’s Shittu both will make up half of the starting defensive unit and many of these guys have major league experience.  Most of them though lack regular minutes on the pitch with their respected teams so will they be ready to go or will we see a repeat of that Denmark fiasco in 1998?

Mikel John Obi of Chelsea will be the leader of the midfield which also features Hull City’s Olofinjana as well.  Not a shabby unit, but certainly not spectacular by any stretch of the imagination either.  They will have to make long passes up top in order to provide a lot of offensive production, but this is one of their better units.

The strongest part of the squad Portsmouth’s Kanu will lead the side with over 80 caps in his career in what will be his last Cup.  Many young potential stars in the making too and many players that could make a name for themselves this summer with an outstanding show.  They do have pretty strong depth at forward and should provide some offense this summer.

A while back many considered this squad to be the best in Africa.  That is not really true to form any more and the club will be lucky to advance past the group table.  Not enough personality on defense in my opinion especially between the posts, but maybe they can break a few clubs with quick goals and keep things interesting in their decent group.