Neymar Dreams Of Move To Serie A 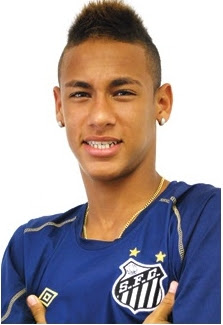 Nobody creates football talent the way Brazil does. And the nation’s newest young sensation scorer Neymar made it clear recently that he desires a move abroad. The Santos striker recently announced his interest in a “European adventure” and even went as far as to list the five powerhouse clubs that were interested in his services.

And most important the often arrogant striker announced his dream destination and surprisingly it was not Chelsea, who nearly landed the star this summer on a 25 million euro move. Neymar hasn’t made the Decision yet, but the Brazilian prodigy did make it well known to the public that he soon hopes to head to Europe.

There are five big clubs interested in me: Juventus, Chelsea, Real Madrid, Manchester United and Inter Milan. The proposal that I like most is that from Juventus. They have great worldwide appeal. Inter have prestige. Ronaldo played there and he is one of my idols, but I prefer Juventus. I say this without problems – I’d willingly wear the Bianconeri jersey.

Neymar’s addition at Juventus would be interesting considering how much more Inter Milan has accomplished then Juve in the last five years, but perhaps Neymar would hope to jump start a new title winning legacy at the Italian club. Neymar did go on to admit that he is not technically for sale according to his club, but the forward made it very clear that he considers himself to be available for purchase and suggested that the time might be right for the move as early as this January:

The club’s officials have said that I’m not for sale. But I don’t think the same. This may be the right time to try the European adventure.