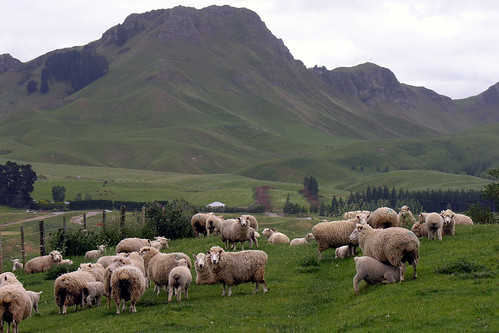 New Zealand’s past international success is basically non-existent.  The country’s national team did qualify for the 1982 World Cup, but the team lost all three of their matches and was eliminated in the first round.  New Zealand also has played in three Confederation Cups, but the club has only scored three goals in the 9 matches and have a record of 0-1-8.  In fact New Zealand has never won either a Confederations Cup match or a World Cup final match.

New Zealand rolled to five straight victories to start off their WCQ campaign then they narrowly defeated Bahrain to earn the World Cup berth in the Oceania division.  The club is lead by center back and captain Ryan Nelson of the Blackburn Rovers and keeper Mark Paston is becoming a national hero in the net with his penalty save against Bahrain in the second leg to secure the Cup berth.  New Zealand’s key man on attack is Ocenia division Player of the Year Shane Smeltz.

Some gambling sites have New Zealand listed at 3,000 to 1 for their odds of hoisting the Cup.  This makes them the ideal pick for somebody with a serious debt to pay and only a few months to pay it back.  Seriously, these are by far and away the worst odds of any World Cup squad and judging from their weak WCQ division and their history in international football, I think the curse continues for New Zealand.  The club has never won a World Cup match and it will remain that way this summer.