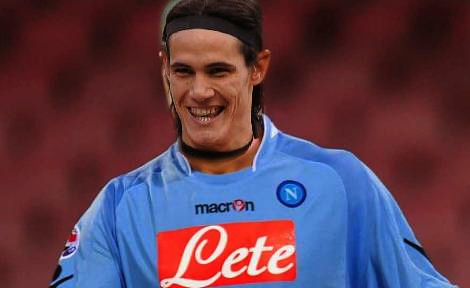 Italian clubs’ faces in the Europa League is a little bit saved after Napoli managed to get through their group stage and become the only representative from the country as the likes of Juventus, Palermo and Sampdoria all have already failed.

The Partenopei’s success itself didn’t really come in the most comfortable way as Walter Mazzari’s side left it very-very late before ensuring their passage into the next round after Edinson Cavani scored the winning goal deep in injury time.

Needing a win to qualify from their group, Napoli went on the attack straight from the first minute against their group rival, Steaua Bucharest, that also had he chance to qualify with only a draw. That condition set up the match into a very fiesty and rough encounter as the home team are desperately looking for a goal while their Romanian counterpart are content in playing for the counter. The home team left frustated in the first period as they kept on missing plenty goal scoring oppurtunities and often gets themselves on trouble as they opened plenty spaces for Steaua’s counter attack.

Ending the first half with a stalemate, Napoli started the second period with a much more aggressive performance creating chances of chances in front of Steaua’s goal especially from Cavani and Christian Maggio. The away team’s stubborness and time wasting effort rises the home team’s emotion as some scuffles broke a few times on the match as the Partenopei started to feel the frustation. Fortunately for the Italian side, lady luck still smile at them as just when things gets tough, Cavani suddenly scored the winning goal from a header from a corner.

This late goal completely turned around the situation of the game as now it’s Steaua that needed to score a goal, with temper flairing up already the game heated up in the final minutes as the home team were forced to play with 10 man after Paolo Cannavaro gets a second booking. However, with only seconds away from the clock, the home time hold on to their lead with an ease and confirming that Italy still have a representative in the competition.

The victory surely ease up a bit the dissapointment that Italian football felt after the exits of three other teams last weekend, Napoli’s survival could also help a bit in restoring the league’s prestige in the competition which has been pretty hampered lately. Many local pundits and football persons in Italy slammed the attitude of most Serie A clubs in the second fiddle competition as the likes of Juventus, Sampdoria and Palermo didn’t perform the same kind of performances that they regularly displayed in the local competition.]

Bad results from Italian teams in the Europa League have reportedly damaged Italian clubs’ total coefficient point that are important in deciding the leght of available clubs to play in Europe, especially Champions League in each season. Reports stated that currently the points that Italian clubs are rapidly beind cath up by German teams and most of that because the poor performances that Serie A representatives put on in the Europa Legaue.