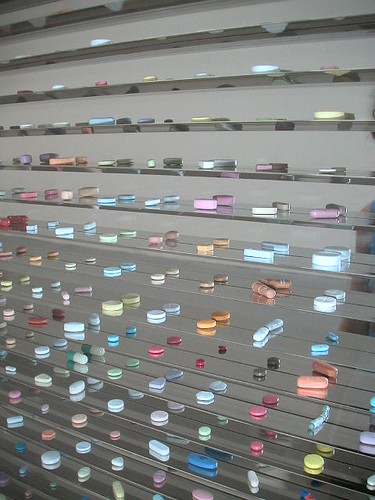 Adrian Mutu has had a long and checkered past due to one incident many years ago.  The former Chelsea player failed a drug test due to cocaine in 2004 and as a result was sacked from his powerhouse squad and suspended from football for seven months.  Mutu resurfaced in Italy following the incident in 2006.  He was out of football for nearly two entire football seasons due to the bad wrap he had received from his failed test.

And to make matters worse for the reeling striker, the Court of Arbitration for Sport decided in July of 2009 that Mutu would have to pay back Chelsea £14.6 million for breaching his contract by taking the illegal drugs in the first place.  So in other words Mutu is still paying the price for his bad decision making (literally).  And the Fiorentina man has admitted that he does not even know if he can pay back the great debt, simply because the star player is a little bit older now and is no longer worth as much as he was when he played for Chelsea.

And to make matters even worse for Mutu he has done it again.  You would think that if you owe someone millions of dollars due to your recreational drug use you would stop in order to pay your debt off and stay out of trouble, but Mutu has been nabbed once again.  Mutu recently provided a urine test following a Serie A match against Bari on January 10 and traces of the substance sibutramine were found in the striker’s sample.  The appetite depleting drug was recently banned in Europe due to the fact that it can increase the risk of a heart attack.

There is no word as of yet on what punishment Mutu will face, but many critics of the game believe he might be suspended for any amount of time between one year and four years considering it is his second failed test.

Either way it seems like Mutu will be paying once again for making this mistake.