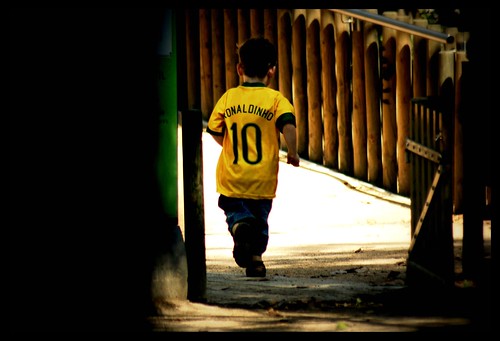 Real Salt Lake owner Dave Checketts knows something that apparently nobody else does. The MLS owner is claiming that he has inside information on a potential deal that could land yet another huge star in the league. Of course this news is coming straight after the signing of Frenchman Thierry Henry to the New York Red Bulls. And Checketts believes that the big signings will keep coming.

Checketts made this comment regarding the potential new star of the league:

I expect, by the way, Major League Soccer to make another announcement in the next couple of days about another very big world superstar coming to our league. Not to our team, I don’t want to mislead anybody, but another one of our teams is going to make a major investment and that will be a big announcement in the next couple of days.  I would imagine that this guy’s coming to L.A. and you’ll all recognize who he is.

When further questioned about the mysterious new star of the league Checketts did admit that the target was in fact Brazilian. And this obviously leads everyone to the prospect of Ronaldinho joining the LA Galaxy. Of course last week the attacking midfielder and overlooked footballer for the World Cup was rumored to be heading home to Brazilian club Flamingo, but AC Milan also made an announcement that they have no intentions of allowing the superstar to leave Italy and his brother/agent admitted that the Brazilian star was still under contract and was just as happy to stay in Italy then to go elsewhere.

So right now it appears Ronaldinho has three different clubs that have supposedly already worked out a deal with the star. Flamengo was reportedly claiming they agreed to a deal in principle last week, this week Checketts is claiming that the Galaxy have agreed to terms, and of course AC Milan is trying their best to hold onto the Serie A star and stop all these shenanigans.

We will keep you posted on who will win the war for Ronaldinho, but anyway you look at it two teams will be very unhappy sometime soon.