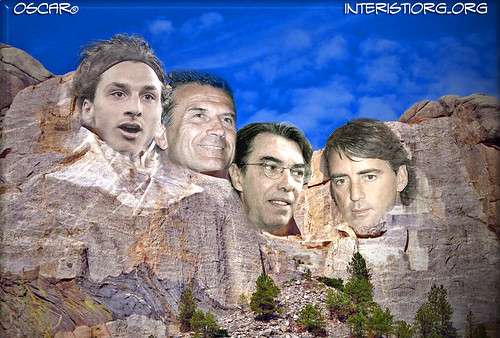 In just four days, Inter Milan pretty much jeopardize their chances in winning the Serie A and Champions League after they crashed out against Ac Milan and Schalke 04, letting in eight goals in the process.

Trying to take away the blame from the players and coach, the Nerazzurri’s president, Massimo Moratti, stated that tiredness is pretty much the thing behind his players’ poor results in the last two games, something in contrast with the statistic confirming that the club’s defense have been poor under Leonardo’s regime.

Admitting already having private conversation with Leonardo right after the 2-5 defeat against Schalke in the Champions League, Moratti went on stating to the press that he is much more worried with the tiredness that the players’ having rather than the result. The patron still hopes that his team can somehow turn things around and start over again although morally this condition is really not ideal for a big team like Inter.

I am still surprised by the scale of the defeat, but certain signals of tiredness were seen already on Saturday.
In fact, further to the goals, the thing that worried me the most was really the tiredness. In three days we have put everything in jeopardy,” Moratti said. “In football you always have to start again even from the most difficult situations,”

Surely, after their success in turning the tie in the previous round against another German side, Bayern Muenchen, the hope of achieving it again would still be in the mind of the Nerazzurri, especially since Schalke will be missing an important player, Jefferson Farfan in the next round. However, turning away a three away goals won’t be easy, considering that the Ralf Ragnick’s side surely won’t try to commit the mistake that Bayern did in the previous round.

One thing for sure, in order to fix things around aside from only blaming on the tiredness, Inter should give more attention to the defensive tactics that they are applying under Leonardo’s reign as that area have been really exposed since the first match that the Brazilian had with the Nerazzurri. However, in many previous matches, it’s evident that last season’s treble winning club gave more attention on their attacking capabilities, aiming to outscore their enemy in every games. The Black and Blue squad’s future is pretty much at stake and this month could be an important phase to see what will happen with the team in the end of the season, still in shot to win something or simply ending it empty handed.